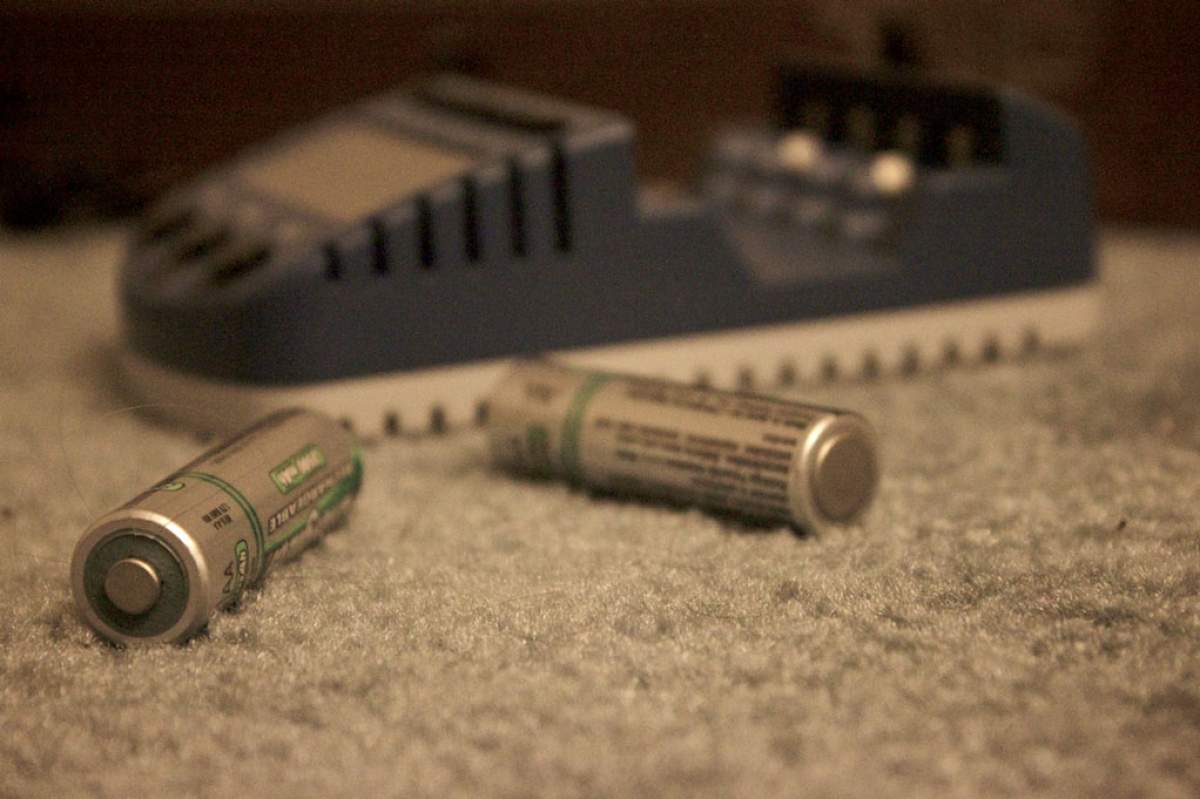 Say you're watching TV, you press a button on the remote, and nothing happens. Is it the batteries? Luckily, they come equipped with a power indicator strip.

Simply press down on each end of the battery and, voilá, the little strip lights up, so to speak, indicating how much juice is left. How does this work?

The indicator's first layer consists of conductive ink, which, as its name indicates, conducts electricity. Next comes a layer of regular ink painted on top of the conductive layer. Finally, on top there's a layer of thermochromic ink, which responds to heat by changing from solid to translucent.

What happens when you push the ends of the battery and set the indicator in motion? First, the battery's electrical current courses through the layer of conductive ink, generating heat.

If the battery is nearly spent, it will be able to generate only enough power to heat up the narrow end of the indicator's conductive layer. Therefore, only the "low power" section of the indicator appears to light up.

However, if the battery is fresh, it will generate enough power to heat up the entire length of the conductive ink layer. The heat generated then causes the entirety of the thermochromic layer to become transparent, indicating that the battery is at full power.

Thanks to the simple but powerful battery power indicator, you will once again be able to change channels at lightning speed.