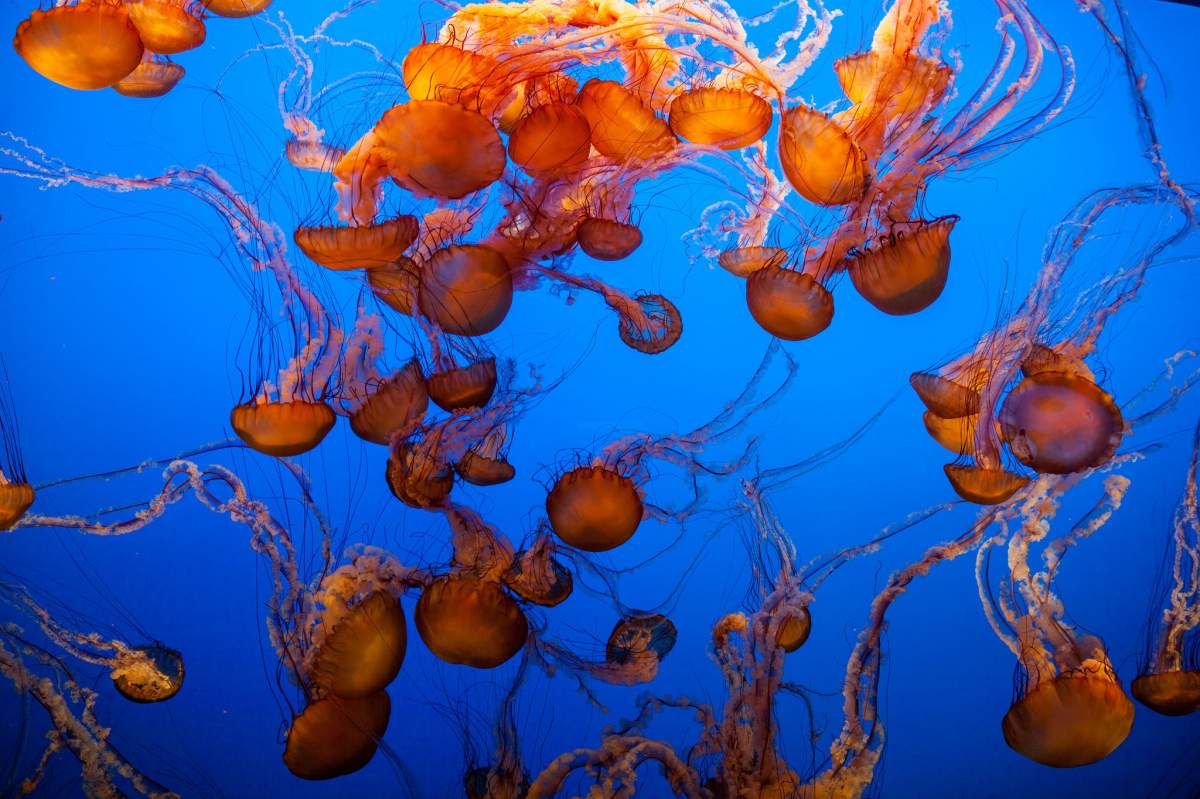 Scientists have lots of theories about why we need to sleep. One popular theory says it helps the brain form lasting memories based on the day's experiences.

It's also been suggested sleep flushes toxins from the brain, or resets it for a fresh day of learning. But, those explanations can't be the full story about why we need to sleep.

Because in 2017, a researcher team published evidence that a species of jellyfish exhibits a period of sleep every day. Now, it's true: scientists know that lots of different animal species, including insects and worms, exhibit a sleep-like state every day.

Why we sleep is still a mystery.

So, why does it matter if a jellyfish does it, too?

It makes a big difference, because jellyfish don't have a brain. Despite, their names, they aren't fish (which do have brains), but cnidarians. Unlike most animals, they just have a net of nerve cells spread through their body.

If jellyfish still need to sleep, it must mean that sleep meets some very basic need that you don't need to have a brain to have.

So, how could scientists tell if a brainless creature is sleeping? The scientists used used three criteria.

First, when you sleep, you are quiescent and don't move much. Second, you need a strong stimulus to wake you up and get you moving again.

And third, if you are deprived of sleep you will need more later to make up for it. The daily sleep-like behavior of the jellyfish met all three criteria.

Which means there is something important that scientists don't know yet about why we and other organisms need to sleep.

Thank you to Pawel Burkhardt, Marine Biological Association of the United Kingdom, The Laboratory, Plymouth, England for reviewing this episode's script.