Is That Bug Really a Bug? 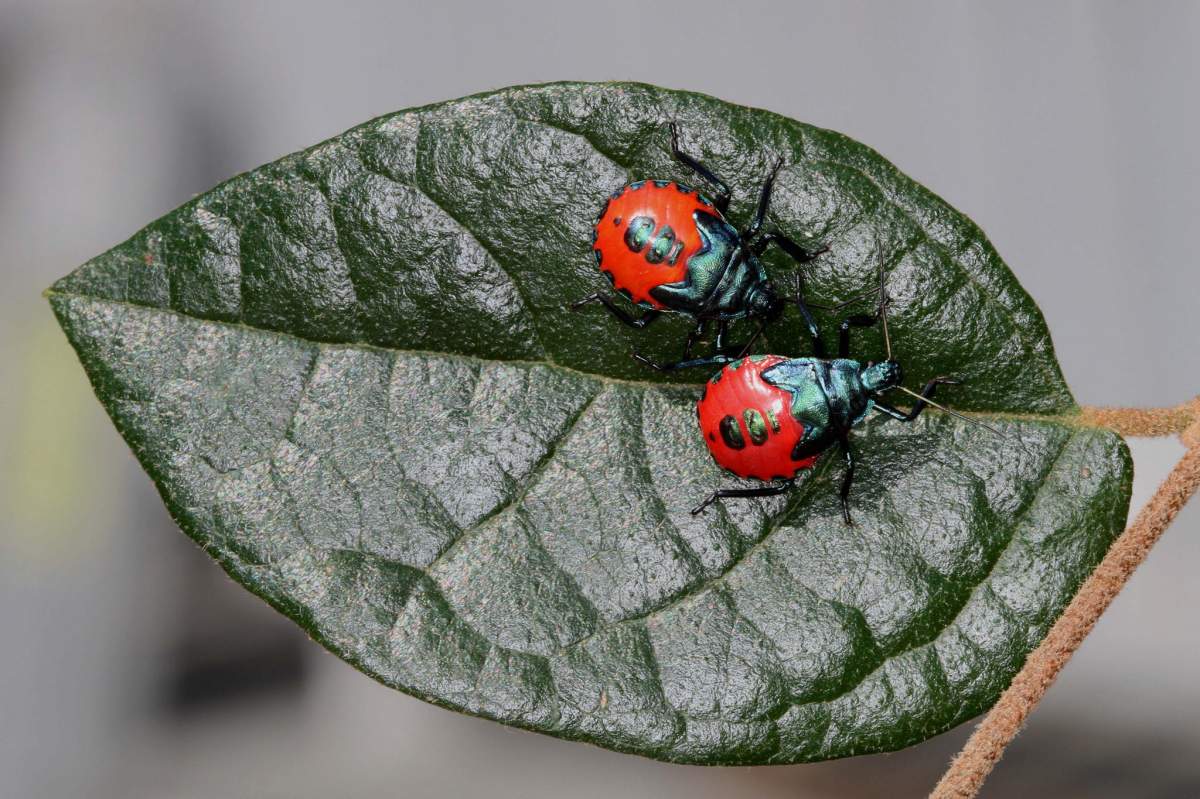 Pop quiz, which of these are true bugs, a suborder of insects with the Order Hemiptera:

d) all of the above

e) none of the above

The answer is b. A spider is an arachnid. And while ants are insects, they are not true bugs.

Their mouthparts include a tube called a rostrum, often called a beak. The rostrum is equipped with tiny needle-like structures for piercing called stylets.

Connected to the rostrum is a pump, and muscles with which to operate the pump. The pump enables true bugs to inject salivary secretions into their food and then to suck the food through their rostrum.

What do they eat?

Most true bugs feed on plant sap. They access a plant's sap from a variety of sources, including the stems, roots, leaves, fruit, and seeds of plants. A lot of true bugs are pests because they feed on human crops.

Stink bugs, for example are pests to various fruits such as tomatoes and peaches, making them true bugs, as are bedbugs and water striders. Not all true bugs are herbivores. Some, like bedbugs, feed on animals. Other true bugs feed on fellow insects.