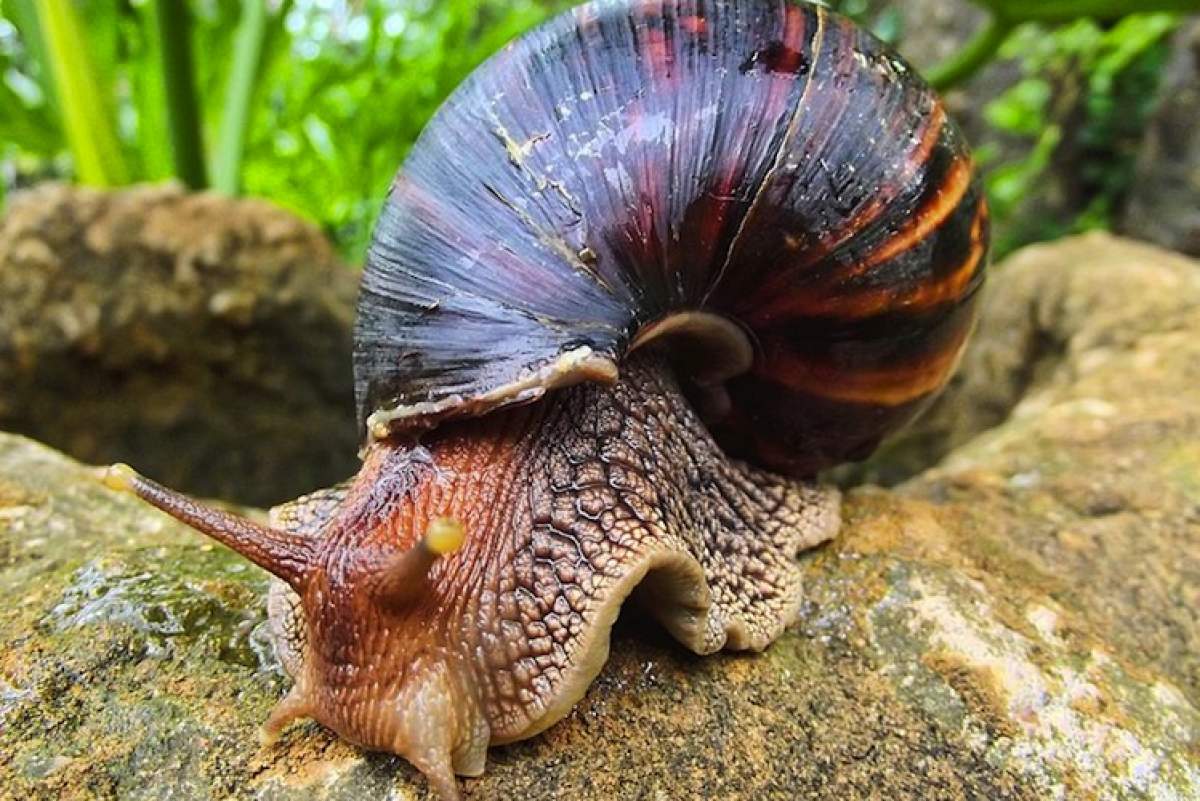 Like many midwesterners, it turns out that giant African land snails really love Florida.

Not A Good Thing

Unfortunately, giant African Land Snails are some of the world's most destructive snails. They can grow to be eight inches long as big as rats and to weigh more than one pound. They're so huge, in fact, that their shells have been known to blow out tires.

The real trouble is that these snails reproduce very quickly. Under optimal conditions such as warm, tropical Florida one snail can lay up to a thousand or so eggs a year. And these snails' typical life span is three to five years, with some living as long as nine years.

Why Is This A Problem?

Unlike most snails, giant African land snails don't just eat decaying organic matter or leaf molds; they eat the plants themselves, so they pose a huge threat to agriculture, one of Florida's main industries. What's more, they're not picky.They eat over five hundred species of plants, and some have even been known to chew through stucco and plastic containers.

And for your health. Some of these snails can carry diseases such as a parasitic rat lungworm that can cause meningitis in humans. So if you see a giant African land snail in your yard, don't touch it or kill it yourself. Instead, call your local authorities or department of agriculture so that they can dispose of the snail and its nesting materials safely.