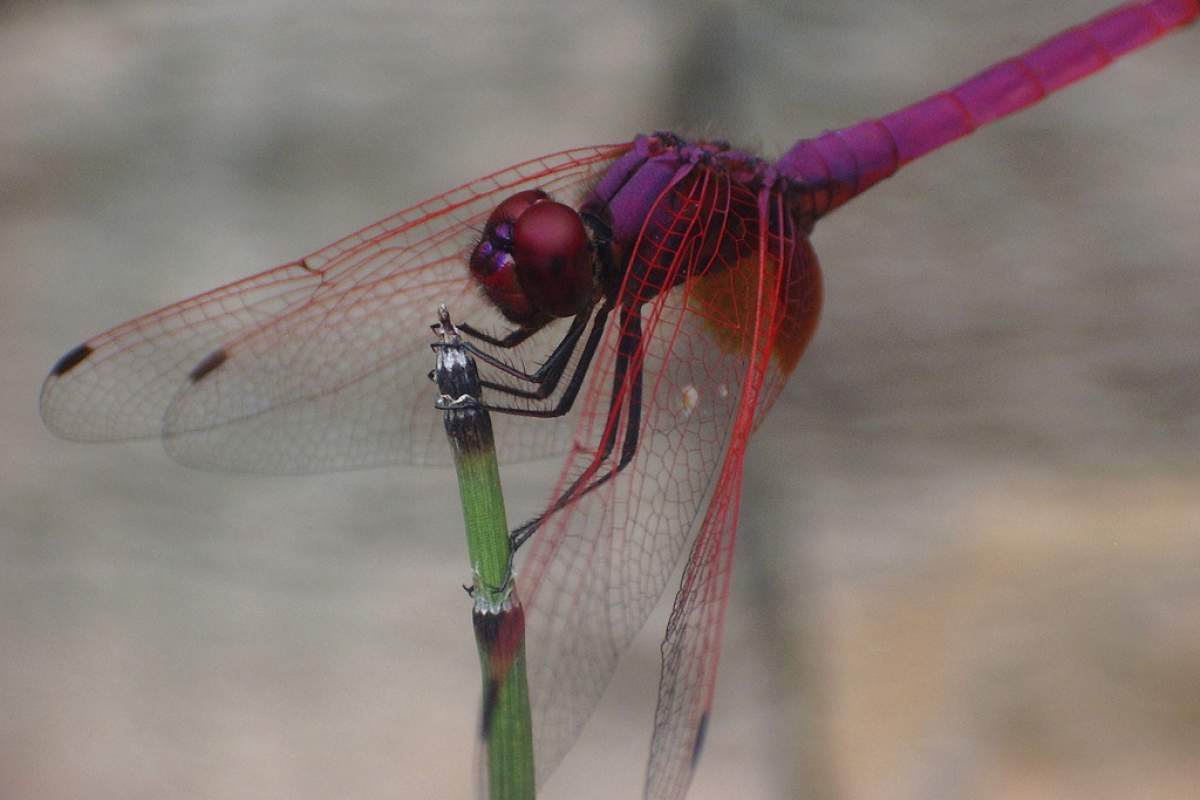 Once upon a time, hundreds of millions of years ago, many insects were much larger than they are today. Scientists have found fossilized remains of dragonflies with wingspans several feet in diameter.

Other insects were equally monstrous due largely to the abundance of oxygen in the atmosphere.

Oxygen is the fuel that powers insects' flight muscles. So the more oxygen in the atmosphere, the larger insects tend to grow. Hundreds of millions of years ago, oxygen made up around 30% of the earth's atmosphere, compared to about 20% today.

But around 150 million years ago, even though oxygen saturated the atmosphere, giant insects began to disappear. Why? Scientists suspect it was due mainly to the evolution of insect-eating birds.

These changes, which gave birds greater facility for flight, made them more effective predators. It's not difficult to imagine that they feasted on giant insects.