The Incredible Eye Of The Box Jellyfish 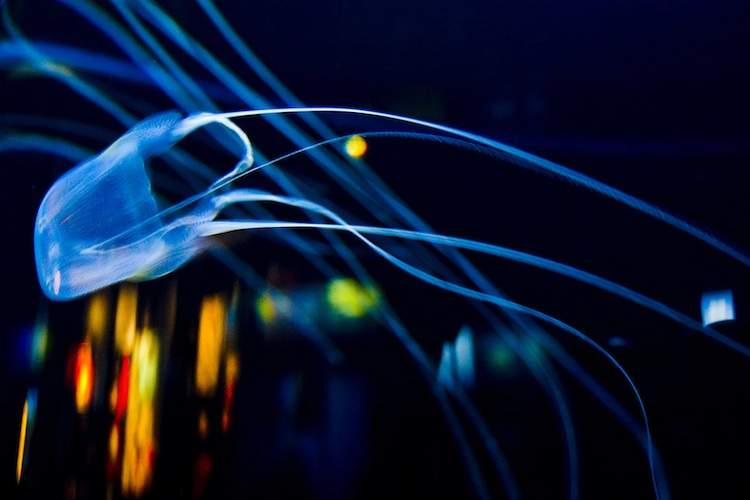 In the movie Avatar, the alien animals on the moon Pandora had eyes that looked just like ours. Is that really possible?

The discovery of an eye similar to ours in the box jellyfish tells us it might be. Many familiar animals with backbones, such as dogs or fish, have eyes like ours. At the front, there is a lens and an iris, and at the back there is a sheet of light-sensing cells.

Animals with backbones (a.k.a. "vertebrates") inherited their similar eyes from a common evolutionary ancestor.Â But animals on Earth and on Pandora wouldn't have a common ancestor. Wouldn't their eyes be totally different? After all, even here on Earth some animal eyes are very different from ours. An insect's eye is divided into facets, and each has its own lens and light-sensing cells.

That's where the eye of the box jellyfish comes in. It tells us that sometimes remarkably similar structures can evolve separately. Jellyfish aren't fish or even vertebrates, but members of a very different group of animals called cnidarians. They have a different body plan from familiar animals, and have followed their own path of evolution for more than 600 million years.

Somewhere along this path, the box jellyfish evolved an eye. Although it is eerily similar to the eye of the fish, it wasn't inherited from a common ancestor.