How Does Ice Cool Drinks? 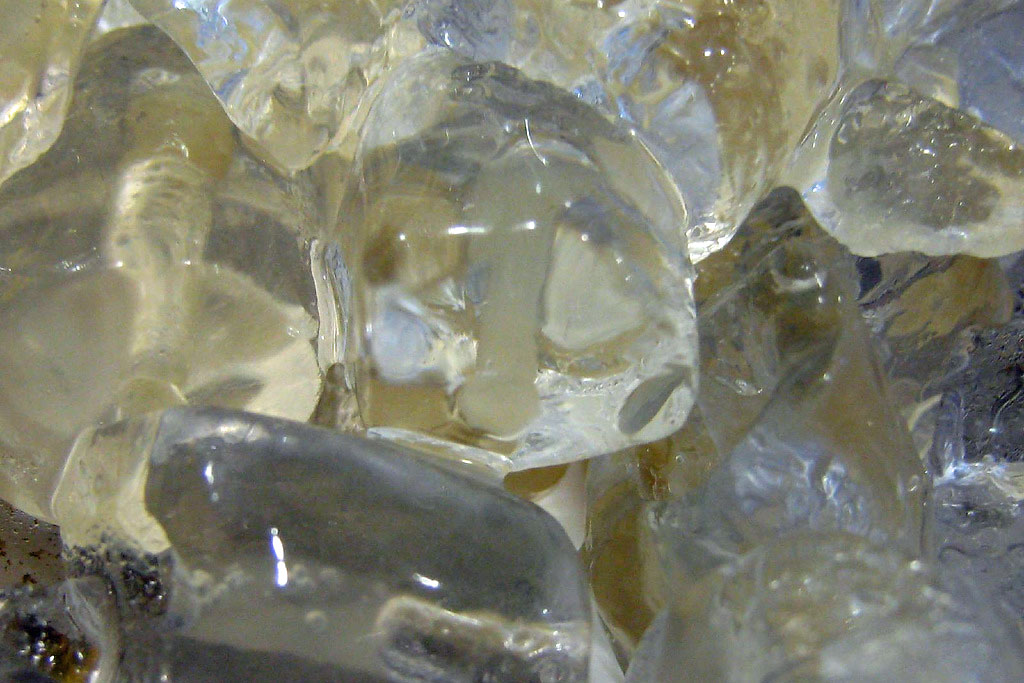 Here's something we tend to take for granted: drop a few ice cubes into a glass of water at room temperature, and in a few minutes the water will cool. How does this work?

Heat is a measure of molecular activity: the faster a thing's molecules move, the more heat that substance contains. And because everything is made of molecules, and molecules are in constant motion, everything contains at least some heat.

As we know, ice is colder than room temperature water. Because ice molecules move slowly and cluster tightly together, they produce a relatively low amount of heat. When ice is placed in a glass of water whose molecules are moving at a greater rate, the ice begins to absorb energy, because heat always travels from regions of relative warmth to colder areas in order to equalize temperatures. In other words, ice absorbs heat from the water.

As the water molecules lose energy, they begin to slow down, and consequently to cool. So, it's kind of the opposite of what we might think: when we put ice in water, the ice doesn't give its cold to the water, it takes heat from the water.

The cooling process actually happens in stages. Because ice floats, it cools the water near the top of the glass first. As the top layer of water cools, its density increases, causing it to sink to the bottom. The lower layer, less dense and therefore more buoyant, floats to the top and is cooled in turn.