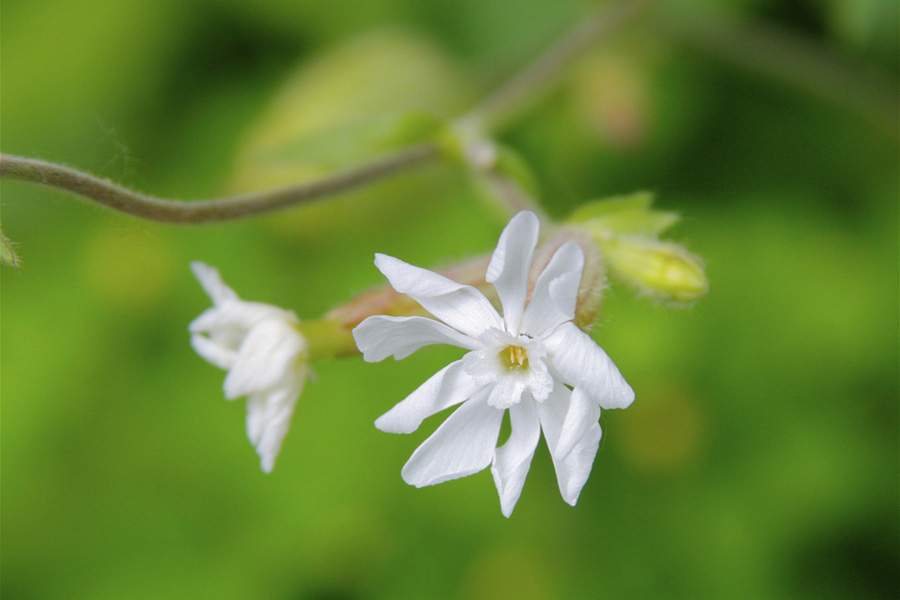 Like a science fiction time traveler, an arctic plant of the late Pleistocene age, over thirty-one thousand years old, is growing again after a long frozen sleep.

Narrow leafed campion (Silene stenophylla) is a small plant whose modern relatives are found in eastern Russia and northern Japan. It's a perennial species that grows on stony cliffs or sandy shores. Once a year, it produces five-petalled flowers that range in color from white to pink to lilac.

Russian scientists examining an ancient arctic squirrel burrow recovered ancient campion fruits from the sediments. Curious to see if the fruits' seeds might germinate, they planted them. The seeds didn't grow, but the scientists weren't discouraged.

They knew an ancient sacred lotus dating back twelve hundred years had been restored. Why not the campion? They decided to try growing a new plant from fruit tissue. It had been frozen all those years, so some cells might be viable.

By bathing the fruit tissue in a culture solution with growth hormones, similar to a technique commonly used to start plants from cuttings, the scientists were able to restart cell division and get several plants to grow.

The Return Of Ancient Plants

The plants not only flourished, they produced flowers. The flowers went on to produce fruit and seeds that were viable and germinated into a second generation of plants. The ancient campion was given a second chance at life.

As the earth warms and more and more arctic permafrost melts, larger numbers of ancient plants will be exposed, giving us a chance to bring plants of the ancient past back to life. And who knows, one day we might resurrect a mammoth to eat them.