I Hear Your Hands 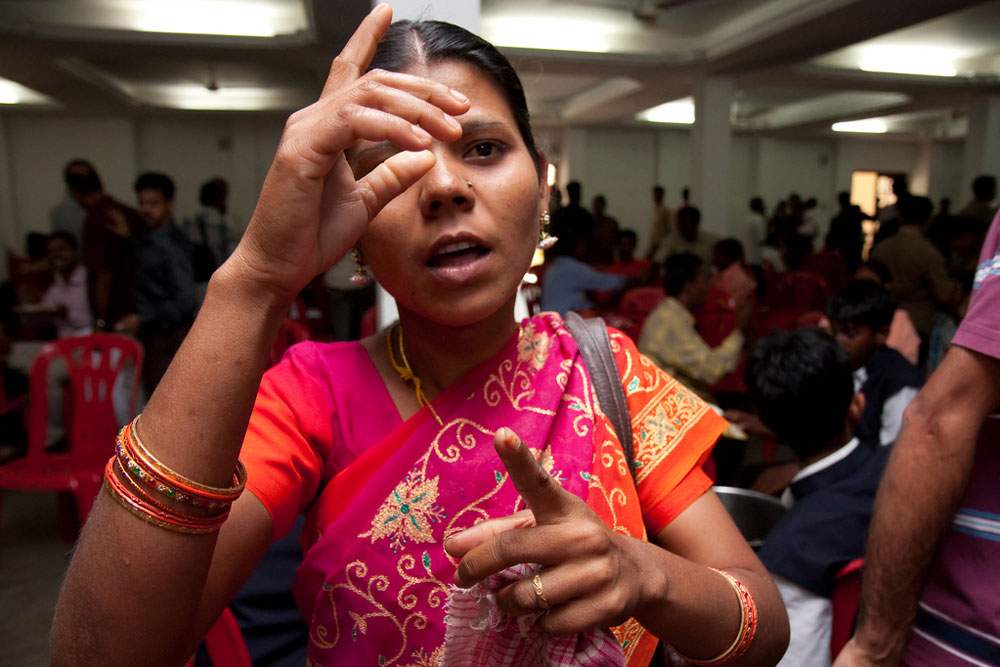 We've talked before about how surprisingly flexible the brain is, and its ability to modify its connections as needed.

Well, a study out of Japan only confirms this sense that the brain is anything but a hard-and-fast machine that can only do one kind of thing. The subjects of this study? Deaf people.

A Japanese team of researchers at Osaka University Medical School decided to apply PET scan technology to deaf subjects. PET scanners allow doctors to watch the levels of neuronal activity inside a person's brain without touching their head.

Now, to understand the significance of what they found with deaf people, you need to know a little about how the brain works in non-deaf people. There's a region on the side of everyone's brain called the "auditory cortex." If a non-deaf person were to lie down in a PET scanner, you could see part of the auditory cortex activate when they hear language being spoken.

The Japanese researchers found that deaf people's auditory cortex also activates not when they hear language, of course, but when they look at sign language. Showing them images of hands just moving in a nonsense way caused the visual cortex to activate, but nothing else, their brains were just looking. Showing them sign language caused the auditory cortex to activate as well, and their brains were listening.

Or, to say that another way, deaf people's brains still recognize and process language in the same part of the brain used by non-deaf people. Their brains have just learned to receive the information through the eyes instead of the ears.