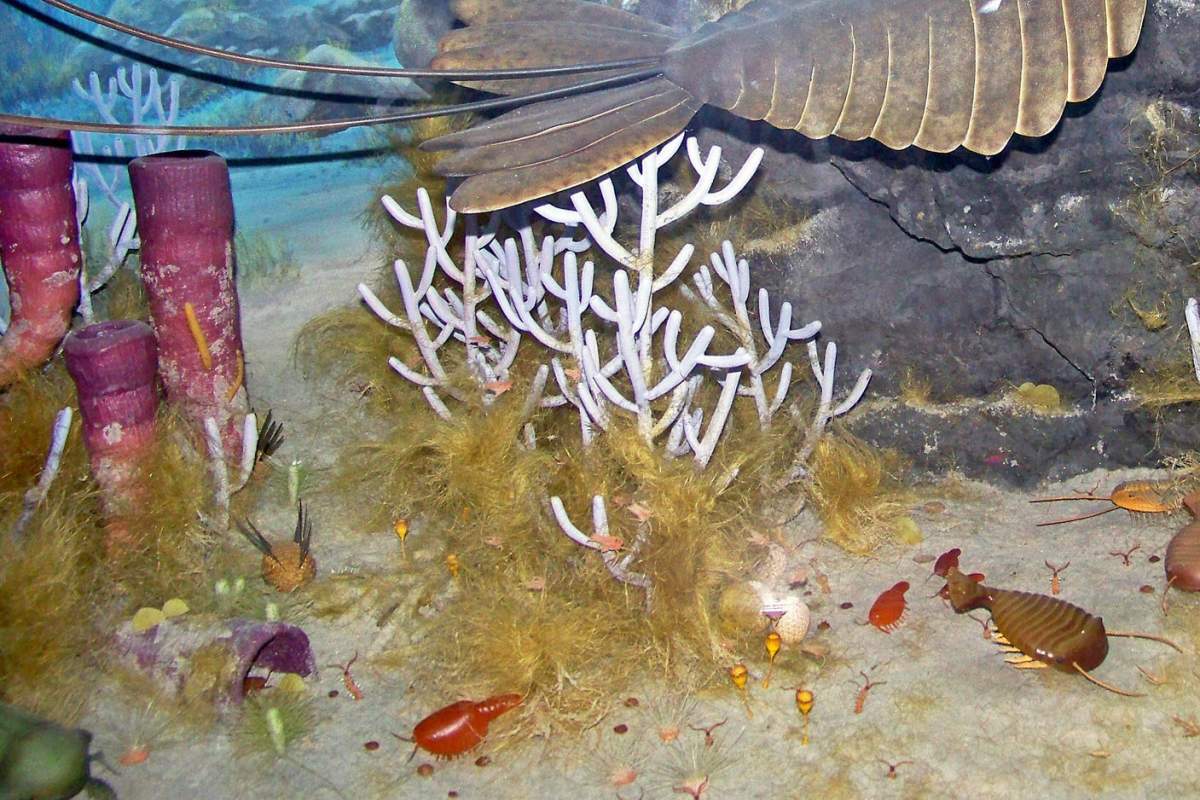 Imagine it's five hundred million years ago, and you're scuba diving. You're all the way down on the ocean floor, and you see a creature that's a few centimeters long, encased in a shell that's shaped like an ice cream cone.

The open end of the cone has a lid, and you see what look like two curved tusks sticking out of either side of the lid. A cluster of tentacles is sprouting out of the lid's opening. What is this thing?

It's called a hyolith, and ever since its discovery in the nineteenth century, paleontologists have argued over how to classify it.

It's only after examining more than fifteen hundred hyolith fossils from British Columbia, that scientists think they have an answer. Previously, the fossils scientists had to work with were samples of just the hard parts of the animal, such as the shell, since those fossilize much more readily than soft tissue.

Some of the fossils recently found showed the tentacles near the hyoliths' mouths. Scientists realized those tentacles were feeding structures called lophophores, a telltale sign that the hyolith belonged in the Lophophorata group, which is the same group that brachiopods call their own.

Some brachiopods are still alive today. One example of these are lingula which are considered living fossils.

A simple definition of a living fossil is an organism that hasn't changed over time. In may cases, its closest known relatives known to scientists are extinct.