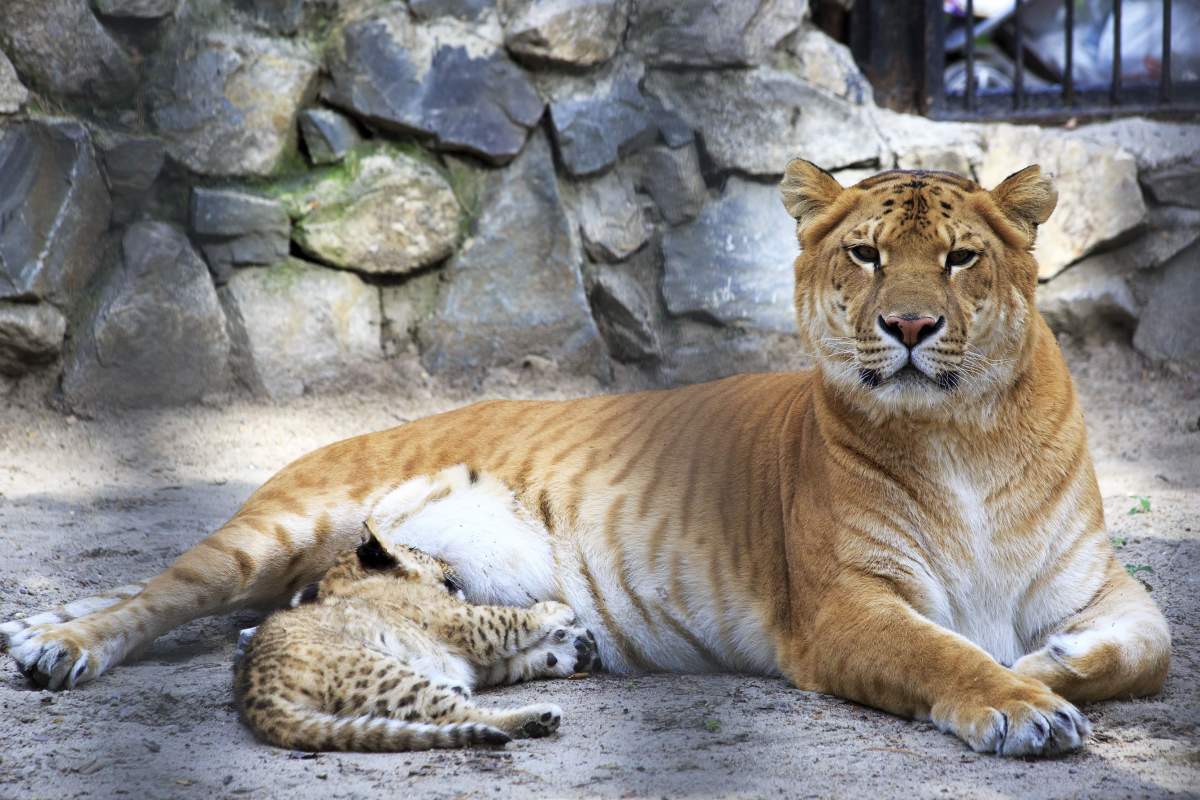 These animals are hybrids, meaning they are the offspring of two genetically different species. Hybrid DNA is a mix of the parents' DNA and can result in physical and genetic differences for the progeny.

Hybrids are usually found in zoos and laboratories. The liger, for instance, is a product of human intervention, since African lions and South Asian tigers would never come into contact in the wild.

But some scientists propose that 10% of animal species hybridize.

In 2006, an American hunter in the Canadian Arctic killed a grolar bear, one of the few documented naturally occurring animal hybrids. The mostly-white bear had brown splotches on its fur, long claws, a concave facial profile, and a humped back, which are characteristic of a grizzly. Three other grolar bears have been recorded since.

A female polar bear spends several days "courting" a potential partner in order to ensure the fitness (ability to survive and reproduce) of her offspring. Hybrid offspring are often sterile or have reduced viability.

Why then would the polar bear mother pick a grizzly father?

One hypothesis is that climate change is causing animals at high latitudes to shift their ranges in response to rising temperatures and melting sea ice. As they do, they may encounter closely-related species and mate.

Another theory is that better management of grizzly hunting may have contributed to the birth of grolar bears by enabling more grizzly males to advance into polar-bear country.

"Grizzly-Polar Bear Hybrid Found But What Does It Mean?" (National Geographic)