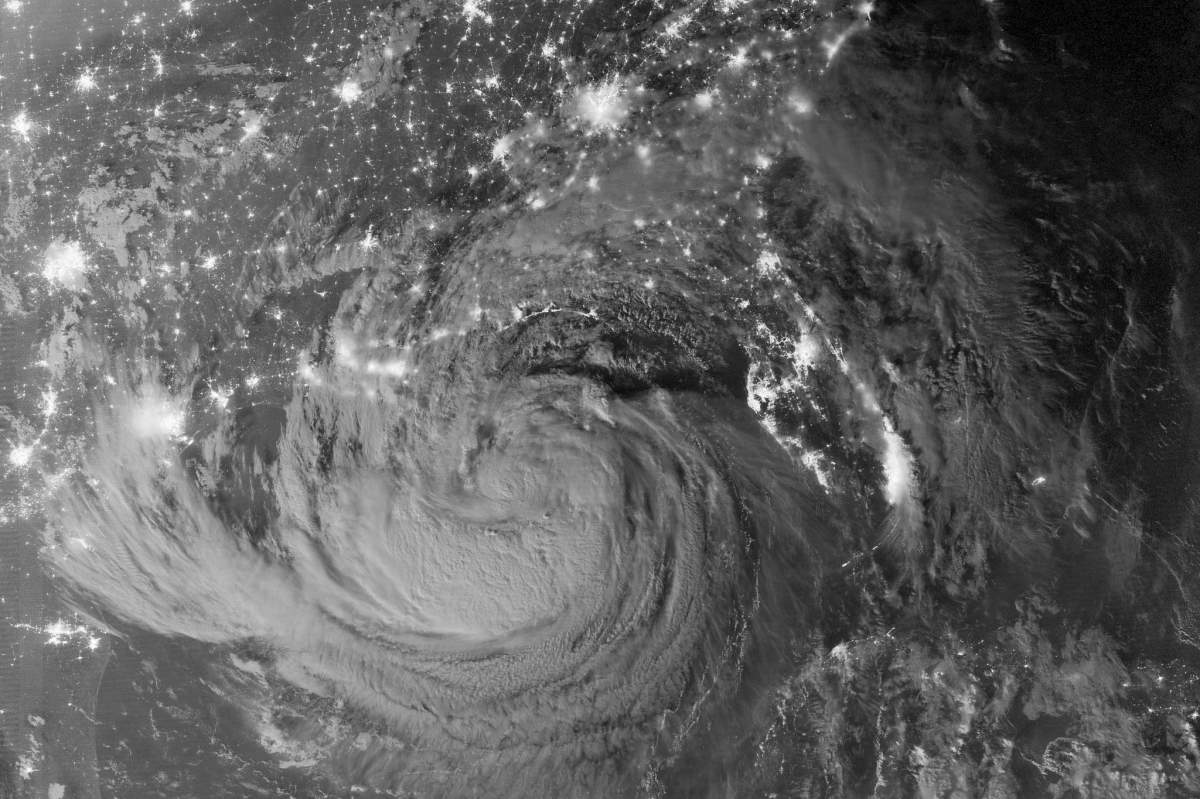 Hurricanes are tropical storms that have sustained winds of 74 miles per hour. In the United States, forecasters use the Saffir-Simpson scale which is based on a predicted maximum windspeed and is used to estimate potential property damage based on those speeds. A category five storm, the most dangerous, can have up to 157 mph winds.

(September 6 update) On September 5, 2017, Hurricane Irma became one of the strongest hurricanes on record to occur in the Atlantic Ocean. It reached a sustained windspeed of 187 mph. Some media reports called it a "Category 6."

Remember, the Saffir-Simpson scale isn't about recording the windspeed, it's about estimating the storm's potential damage. There is no need to make a new level of storm damage to encompass how strong the storms are becoming because category 5 already means an overwhelming amount of damage.

Hurricane is the wordÂ used for these storms that form in the Atlantic Ocean and the the Northern Pacific Ocean. Typhoons and Cyclones are the same kinds of storms; the names only designate where the storm is taking place.

Tropical storms traditionally form in locations near the equator (although as the Earth and oceans continue to increase in temperature, climate researchers suspect this area will expand). The warm air from the waters rises and beneath that warm air, an area of low-pressure forms.

A storm with the potential to become a hurricane or tropical storm will begin to build energy from the natural evaporation process that takes place over water. As more and more warm moist air from surroundings areas is pulled in and up, a larger area of low pressure forms.

In the right circumstances, the evaporated water will condense into rainfall. The air being pulled into the depression will begin to spin, also fed by the warm ocean water and humidity.

If it continues to rotate and gather energy from the natural water cycle (heat causing water to evaporate, water vapor becomes clouds, clouds condensing into rain, and so on), the depression will become a tropical storm. And if the tropical storm becomes strong enough, it becomes a hurricane.

(There's also the physics of the Earth's atmosphere to consider, but that could be its own separate, long post. If you're interested, a great resource for further information can be found here.)

As of this writing, the state is anticipating another round of rain from Hurricane Harvey because the storm has returned to the Gulf of Mexico where it will get more fuel from the warm waters. People are being cautioned about the potential for another storm surge.

Storm surges are when water is brought to shore by a hurricane and then rapidly rises. It can be the most dangerous part of a hurricane because of the weight of water and how quickly storm surges can move (as fast as the approaching hurricane). In massive storms near the gulf of Mexico, people have reported ten foot rooms being filled in minutes.

Scientists are already linking the devastating impact of this storm to climate change. From The Atlantic: "As the storm roared toward Houston last week, sea-surface waters near Texas rose to between 2.7 and 7.2 degrees Fahrenheit above average. These waters were some of the hottest spots of ocean surface in the world. The tropical storm, feeding off this unusual warmth, was able to progress from a tropical depression to a category-four hurricane in roughly 48 hours."

Many news sources are comparing the impact of Harvey to 2005's Hurricane Katrina that led to an estimated 2,000 deaths and an estimated eighty-one billion dollars in property damages.

Hurricane Harvey is unusual in the sense that it did not have to go far into the ocean to recharge. It was still building in intensity while it was approaching land; the storm was only classified a category 4 storm hours before it hit land. In contrast, Hurricane Katrina when it did make approach Louisiana and make landfall had weakened from a category 5 down to a 3 (with maximum predicted wind speeds of 129 miles per hour).

If you're reading this and looking for ways to donate to victims of Hurricane Harvey, you can consider donating to local food banks (they take cash donations online), animal shelters (many of the places accepting people won't allow them to take pets with them and local shelters are providing shelter and care to pets found or needing short-term homes), as well as larger organizations.