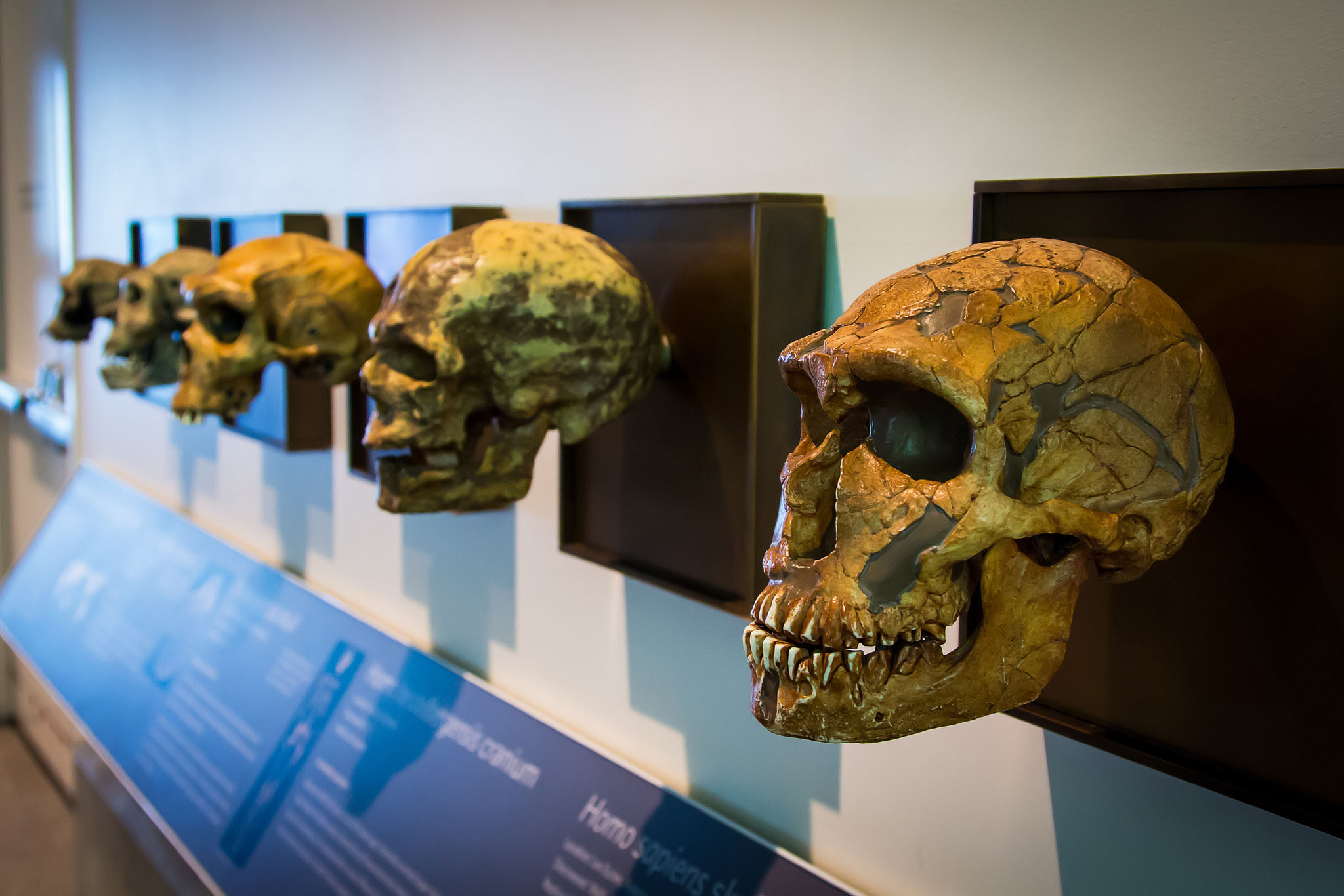 I know that prehistoric humans had the ability to draw, and made some amazing cave art. But what about Neanderthals? Did they make cave art, too?

Fascinating question! And the answer is no, at least not that we know of at this time (see the update below).

Even though Neanderthals were plenty smart, and had brains that were at least as large as modern humans, and maybe even larger, they don't seem to have had the ability to create representational images. So, another fascinating question is: why not?

As human spear-throwing ability evolved and improved, the prey evolved, too, becoming more alert to human predators. Which in turn could have spurred the evolution of rounder human skulls and larger parietal cortexes--the part of the brain that governs visual imagery and motor coordination.

The human ability to imagine and draw hunting scenes may have evolved alongside hunting spear-throwing ability, and even enhanced it. Drawing images from memory requires sharp observational skills, so creating these images may have helped humans evolve hunting strategies and communicate them to others.

Neanderthals apparently lacked these skills, which may be one reason they were eventually displaced by modern humans.

Thank you to Richard Coss of UC Davis for reviewing this episode's script.

One of the hard things about having a long lead time for these episodes is that new discoveries can happen before episodes are aired. In the time since this script was written, some amazing discoveries regarding neanderthal art were confirmed.

In caves in La Pasiega and other locations in Spain, intricate artwork and painted shells were discovered and with advances in technology, able to be more accurately dated. The initial analysis revealed that the artwork came from a time where only Neanderthals are known to have lived in this region. The time is approximately 20,000 years before humans and what are thought to be our direct ancestors lived in the area.

There's still a chance for this to change, the analysis gives a range of dates, not a hard specific date. And as technology evolves, we're going to continue learning more and more about what life was like in the past. But it also gives us a chance to look at Neanderthals through a new lens.

Neanderthals potentially sailed, explored, learned how to use tar as glue, and scientists are more and more often finding that they were much more sophisticated in some ways than people have given them credit for in the past. There are an increasing number of scientists theorizing that neanderthals and humans may have co-existed. If that is the case, then the way we talk and consider neanderthals is going to continue shifting.

Sources For The Podcast:

Sources For The Update: