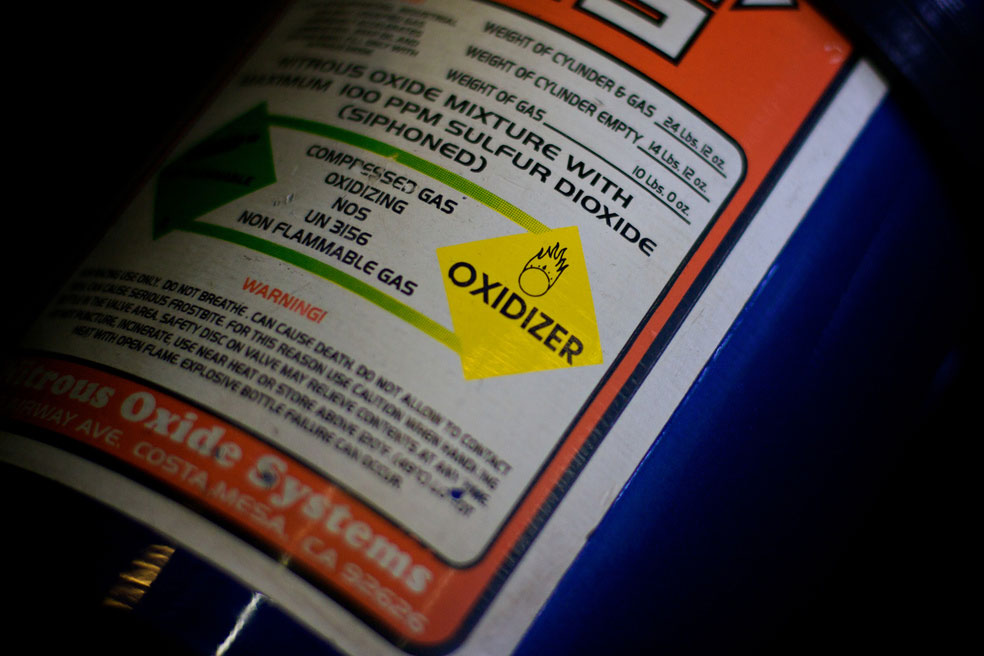 In our modern world of scientific studies involving human beings- from the large scale drug testing common in end stage pharmaceutical development, to annual survey data collected by sociologists- rarely do we see scientists experiment on themselves.

In centuries past, however, it was not so uncommon to see scientists treating themselves like guinea pigs and, moreover, some crucial scientific discoveries were made by scientists who did so.

One such scientific product of self experimentation was the discovery of the anesthetic benefits of nitrous oxide, made in 1799 by the British chemist Humphrey Davey. Investigating the medical benefits of inhaled gases, Davey performed extensive experiments on himself -inhaling a variety of lethal gases from carbon monoxide to carbonic acid before stumbling onto nitrous oxide- nearly killing himself in the process.

Davey never actually made the leap to considering it as an anesthetic for surgical procedures as it's used extensively today -this was made some forty years after his discovery -but his investigation laid the groundwork for its incorporation into modern medicine.

With little public money in research, scientists in Davey's time were often wealthy socialites- polar opposite in character to today's common stereotype of the scientist as cloistered in a lab.

When Davey discovered the pleasant effects of nitrous oxide he did what a socialite would do with such a discovery: he began sharing it with his buddies and holding huffing parties that remained popular in Britain for years after his initial discovery.