Why Don't Chimpanzees Get Cancer? 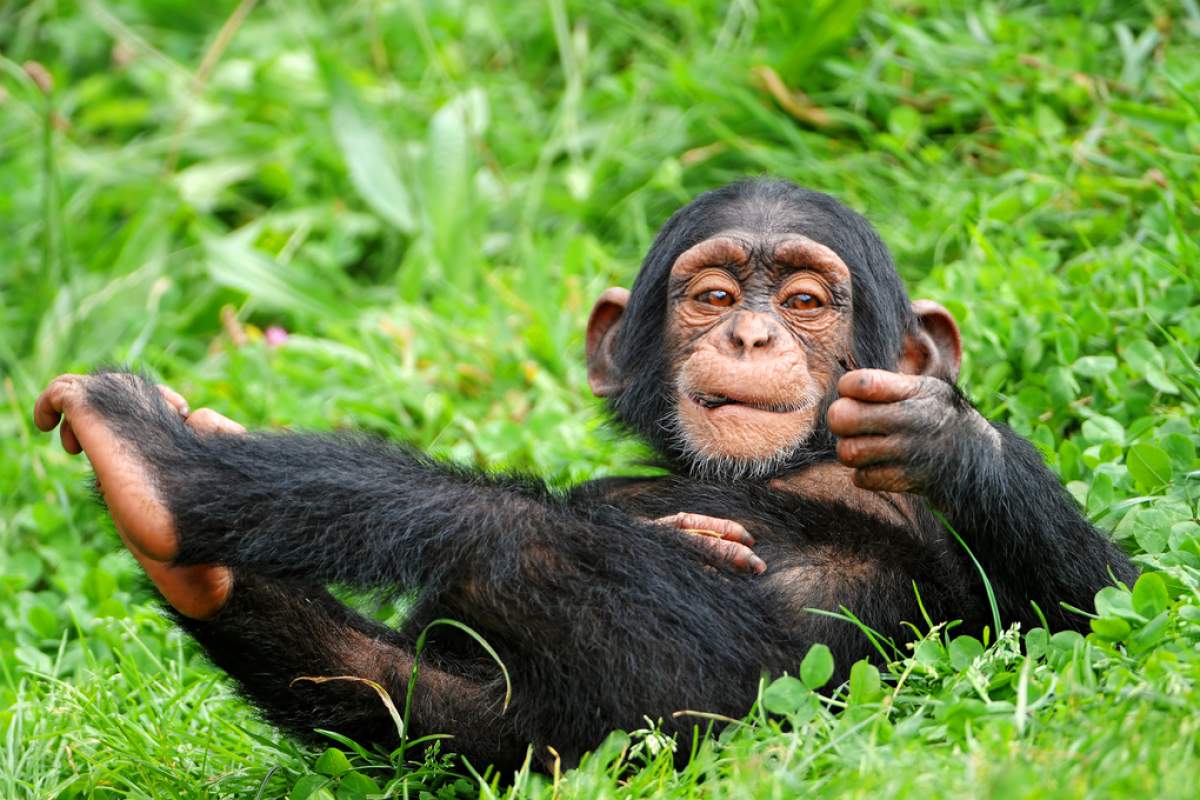 You may have heard that humans and chimpanzees have something like 96 percent of our DNA in common. So why, then, are diseases like cancer so common in humans but so rare in chimps? If our DNA is nearly identical, shouldn't we be at risk for many of the same diseases?

According to one study, the difference is due to something called DNA methylation, which involves the chemical modification of DNA. Basically, methylation modifies some DNA positions in the genome, and can also signal cells to switch specific genes to the "off" position.

Evidently, humans and chimps have different patterns of DNA methylation. So even though we may share many of the same genes, the ways our cells switch these common genes on and off differs.

And because at least some of these genes are linked to diseases including cancer, variations in the way DNA methylation happens among humans and chimps may help explain why chimps seem to avoid diseases common in humans.

So what explains the differences among human and chimp DNA methylation? It may be partly biological, but scientists also know that environmental factors can affect methylation.

So studying methylation in humans and chimps could give scientists clues about how genetics and environment combine to make humans more vulnerable to cancer and other diseases.

Another kind of animal that rarely gets cancer? Elephants. We wrote about this back in 2016.