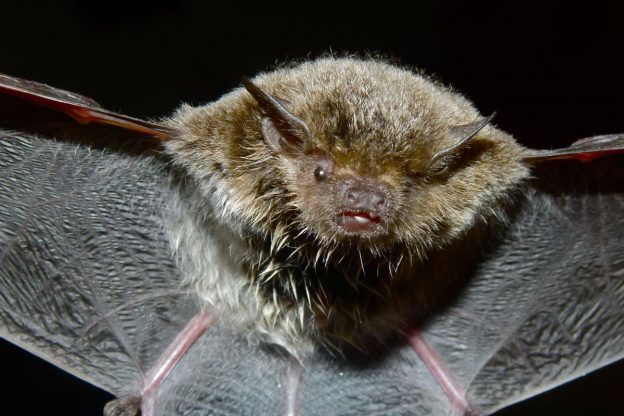 Bats use echolocation to find their way around. Some humans use this same ability. (Bernard Dupont, Flickr)

Echolocation is the ability of bats and dolphins to learn about their surroundings by emittingÂ sounds and analyzing the returning echoes. It's like a kind of natural sonar.Â Bats use it to huntÂ and capture flying insects in total darkness. Dolphins use it to sense their surroundings in theÂ murky depths of the sea.

Surprisingly, some humans also have the ability to echolocate.

Scientists have shown that many blind people develop enhanced hearing abilities. Some haveÂ learned to use the returning echoes of tongue clicks or finger snaps to give them a crudeÂ knowledge of the directions, distances, shapes and sizes of objects in their surroundings.

In their daily lives they can use this ability in activities such as exploring cities and hiking. SomeÂ of them can even play basketball or avoid obstacles while riding a bike.

Neuroscientists have shown that this is a case of sensory substitution. When blind peopleÂ echolocate, some of the brain areas that sighted people use when they assess objects visuallyÂ become active. They even experience some of the same perceptual illusions associated withÂ vision.

In all humans, the senses work together to help learn about the world. Researchers have shownÂ that sighted people can be taught to echolocate, too.

In bats and dolphins, these abilities have simply become much more highly developed.