Why Howler Monkeys Are Changing Color 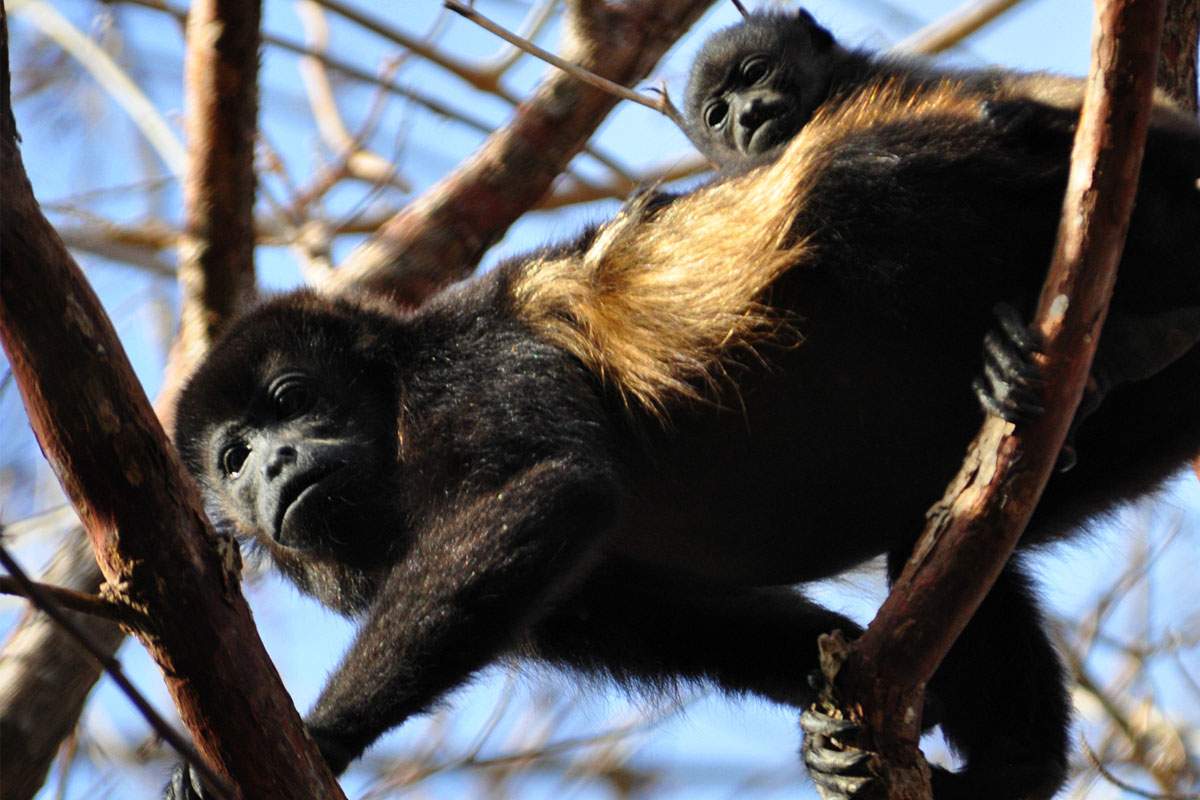 Most black mantled howler monkeys in Costa Rica have black fur, but in the last few years, researchers studying the monkeys started to notice yellow patches.

Usually, the hair contains a type of melanin--the pigment that controls hair and skin cells--called eumelanin, which is black, gray or brown. After analyzing the yellow fur, however, the scientists found a melanin type called pheomelanin, which contains sulfur, and is red, orange or yellow.

The monkeys already have some blondish-brown hair on their flanks, which might be why they're more susceptible to this color change.

Scientists think that this pigment change is the result of the monkeys ingesting sulfur. In Costa Rica, farms are often sprayed with sulfur-containing pesticides from small planes, and some of the pesticide lands on trees that the monkeys eat.

Once inside the monkey's bodies, the sulfur mixes with the melanin structures in their hair and changes its composition, creating a different color. It's a problem because a lighter coat makes the monkeys easier to spot for predators like jaguars. And the problem is growing--scientists have even seen some monkeys with completely yellow coats.