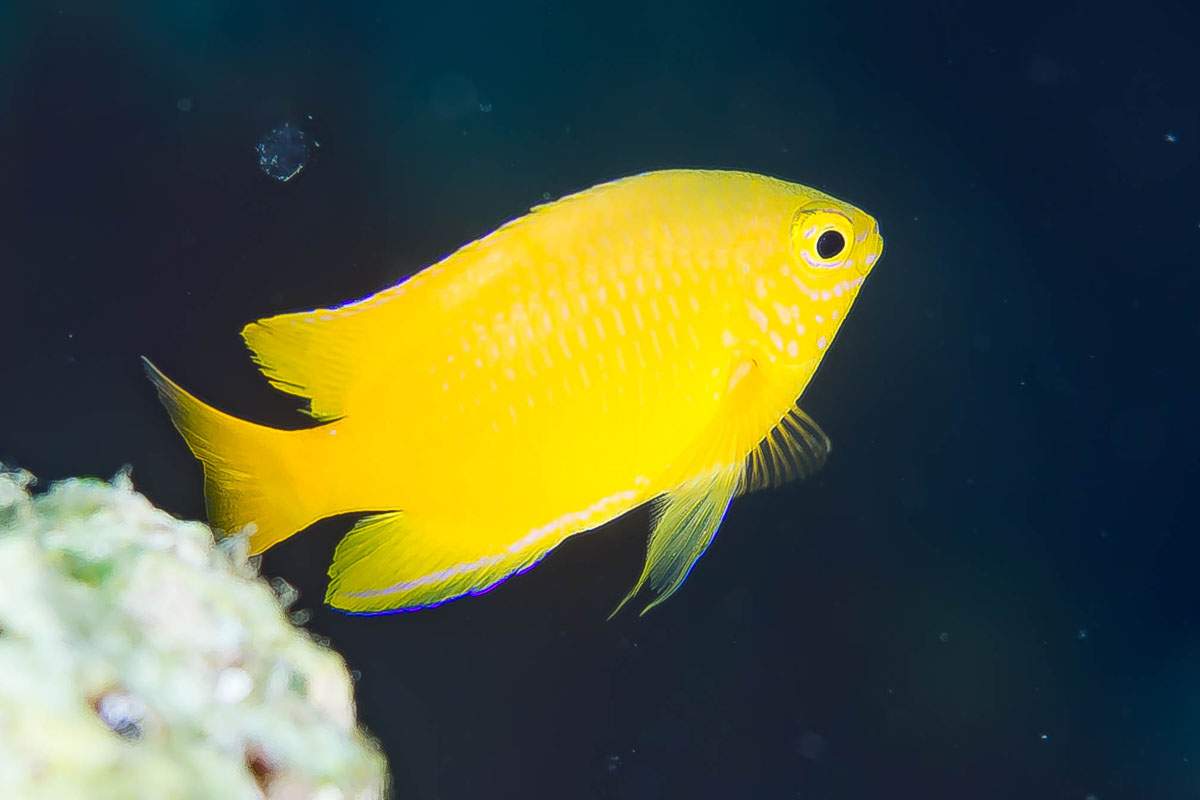 Hot periods in July and August are called the dog days of summer because they do more than make a person sweat. People's personalities change. They become tired and irritable. Tempers shorten. Many prefer lounging like a dog rather than working.

It appears that humans aren't the only animals that can have dog days in hot temperatures. Research has found that fish can have them too.

Scientists have been investigating fish personality for quite some time. Some fish are shy and reserved, not venturing far from their protective habitat, and ducking for cover rapidly when threatened by new stimuli. Other fish are bolder, swimming out into the open more and acting aggressively to newly introduced objects and fish.

One would assume that a shy fish is always shy, but research has found this isn't always the case. Scientists working with two species of damselfish on Australia's Great Barrier Reef discovered that when water temperatures increased by as little as three degrees, fish personalities changed. They became an average of six times more active, four times more aggressive and four times bolder.Â Shy fish in cooler water that cowered in shelters for up to ten minutes after being threatened by a stick would immediately emerge from the shelter in warmer water.

So what does this mean in a time when oceans are becoming warmer? Are we going to hear news stories about mysterious fish attacks sinking ships? Scientists don't think so. While many fish become bolder in warmer water, not all fish do. Scientists believe fish populations will adapt, and it will still be safe to sail the seas, even during the dog days of summer.