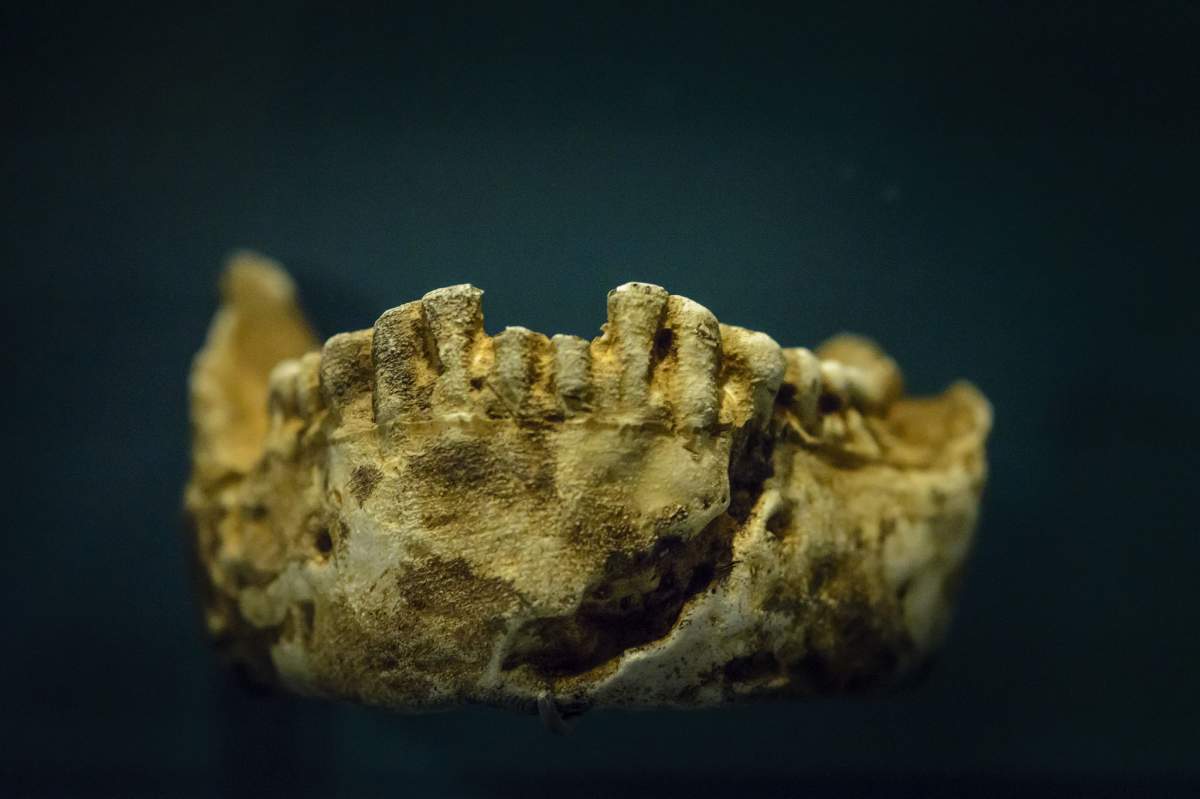 In 2013, anthropologists made an amazing discovery in a cave in South Africa. They found several partial skeletons of a new species of ancient hominin.

Hominins are more closely related to modern humans than to any of the great apes, and include our immediate ancestors. The new species was named Homo naledi.

Homo naledi stood about five feet tall and had hands suited for toolmaking. Its curved fingers suggest climbing ability. And its shoulder bones were more like those of an ape than a modern human.

Their brains were only about a third as large as ours, like those of modern gorillas.The small brain size is similar to Australopithecines, a human ancestor that lived more than two million years ago.

That small brain size didn't stop them from potentially having customs. They probably had some practice of disposing of their dead, because it would otherwise be surprising to find so many skeletons in one place.

Scientists used several different techniques to date the remains, and determined them to be between two hundred thirty-six and three hundred thirty-five thousand years old.

If those numbers are correct, they were living at the same time as the earliest Homo sapiens. The researchers who found the site were really surprised about the age.

The human family tree has many branches, and some of the other branches lived into the time of our own species.

Anthropologists already knew about Neanderthals, Denisovans, and Homo floresiensis, but these others are all more closely related to our own species than Homo naledi.

Thank you to Lauren Schroeder of the University of Buffalo for reviewing this episode's script.