A Home Where the Buffalo Roam 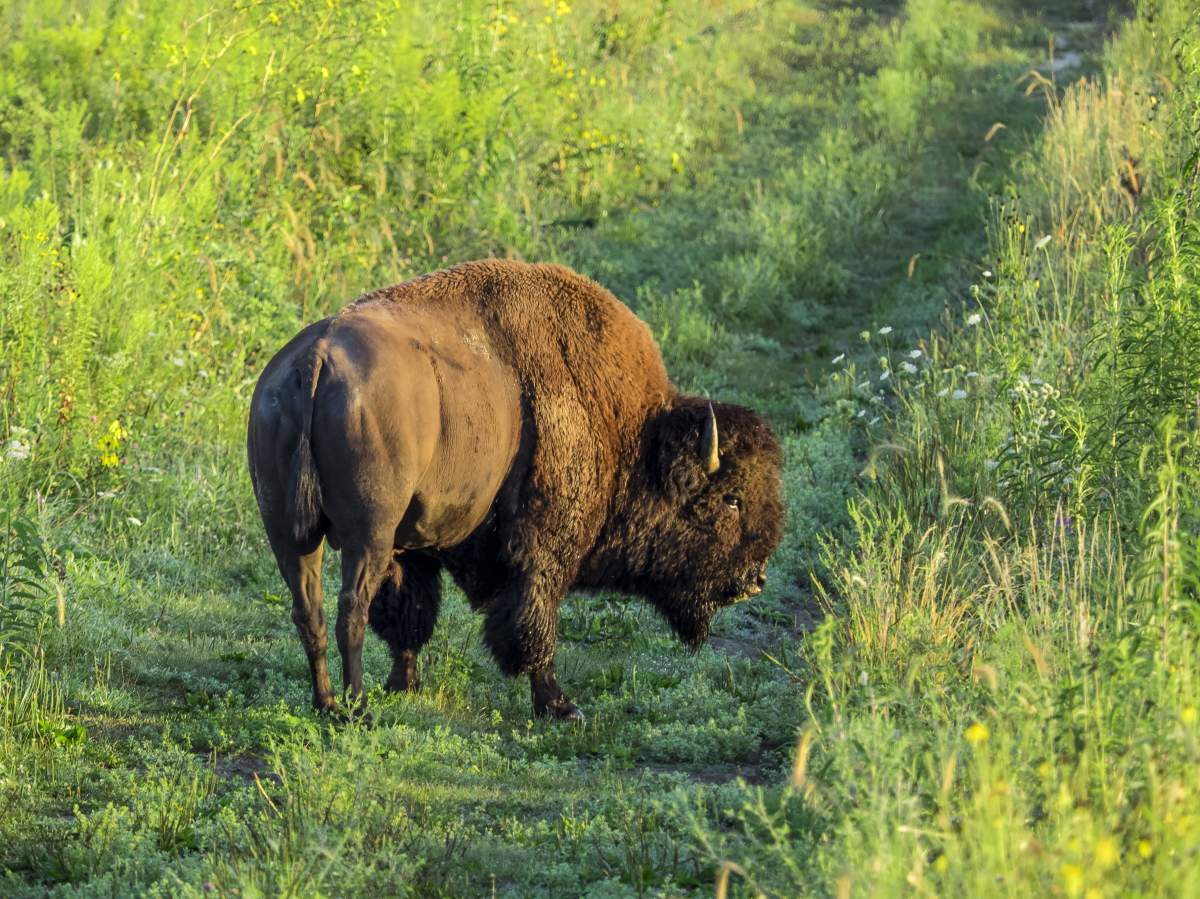 The prairie once covered millions of acres of the U.S. populated with millions of bison. Bison and prairies are the bread and butter of the U.S. but humans changed that after slaughtering nearly every bison and planting the prairies with crops.

Years of research has proven that bringing the prairie back has many benefits to the environment including increased diversity of species, healthier soil, purification of water and pollution reduction.

This research has also told us the importance of having the bison on the prairie...and they're finally here!

Bison have agricultural and environmental benefits.

First, bison are very lean and don‘t need to be pumped with horomones to become giant burgers, that‘s just who they are. Unlike cows, bison have heads shaped like tiny plows, perfect for winter-feeding, no corn necessary! They just need to graze in diverse prairies (which are really good for the environment).

Second, bison roll around in prairies like dogs do in grass. The only difference is, they are thousands of pounds and roll in the prairie so much that they create "wallows" or bare dirt patches. This allows plants that like disturbed areas to grow, and thus create biodiversity.