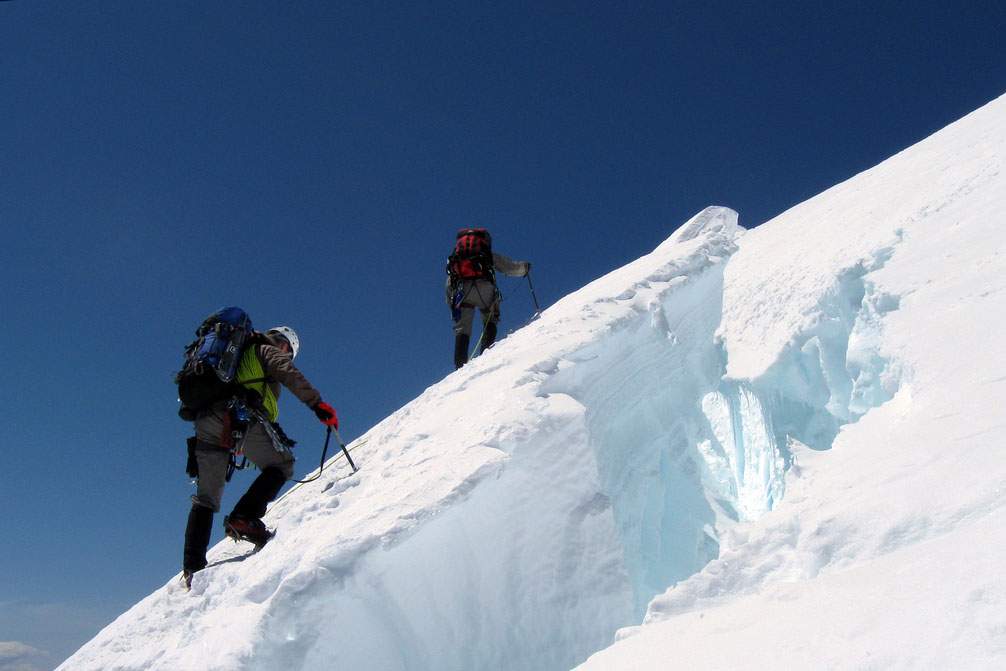 At high altitudes, fluid can accumulate inside a mountain climber's lungs, preventing oxygen from entering the blood. When fluid blocks the passage of oxygen into the lungs, the resulting suffocation is known as drowning, whether or not the person is submerged in water. This condition is called high altitude pulmonary edema, or HAPE.

In 1960 physician Charles Houston first identified this build-up of fluid in the lungs at high altitudes, when a rescue party brought in a young man who had become severely ill while in the mountains near Aspen, Colorado. His symptoms led Houston to suspect pneumonia. But unlike pneumonia, the pressure of the blood circulating through the man's lungs had increased, forcing blood into air sacs and surrounding tissues.

Since Houston's original diagnosis, many cases of HAPE have been recognized. After one to three days at altitude, fluid begins to leak into the tissue between air sacs in the climber's lungs and the surrounding small blood vessels.

Although this fluid is usually reabsorbed quickly, it sometimes accumulates, preventing oxygen from flowing into the lung. Gradually, less oxygen is absorbed, and more fluid flows into the air sacs.

It's hard to predict who will be affected by HAPE. Some mountaineers can perform a successful climb only to have

difficulty on a second trip. But once HAPE occurs, the climber can drown in his own fluids unless a quick descent is made.