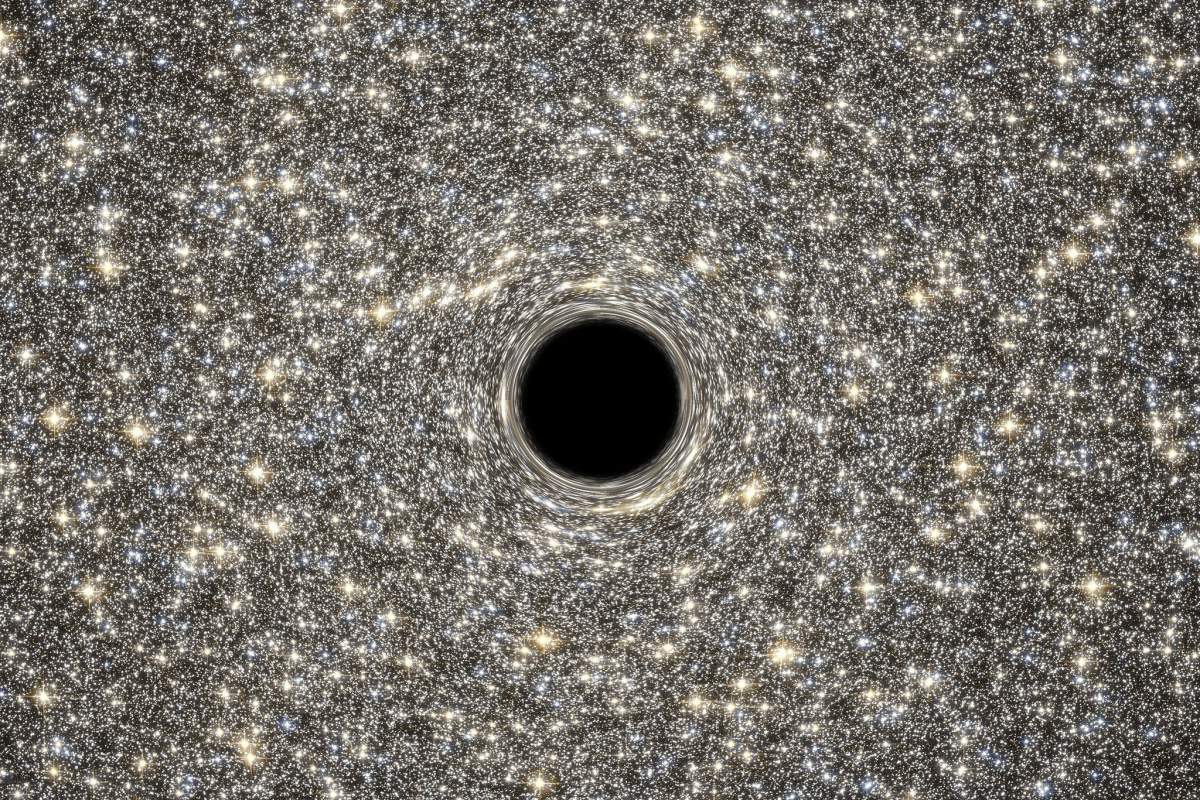 You may have heard that our Milky Way galaxy, like many similar galaxies, has a giant black hole at its center.

In fact, a large-scale simulation involving some serious computing power has found that galaxies such as ours probably host several black holes. Not only that, but some of these black holes likely wander around the edges of a galaxy.

Now, you may be thinking, galaxies are pretty complex, harboring billions of stars, gases, planets, and so on. How could a simulation know if extra black holes exist? Well, the simulation was pretty detailed. It created a model of a small part of the universe--basically, a cube measuring around 80-million light years.

Within the cube, the simulation included everything you find in the actual galaxy--stars, gas, dark matter, and, of course, the laws of physics that govern how all that stuff forms and moves.

Let's Get In Formation

The simulation modeled how everything inside the cube evolved, starting with the birth of the universe around fourteen billion years ago to the present day. And the model predicted not one but several black holes forming in Milky Way-type galaxies.

Scientists think that these extra black holes may come about when galaxies bump into each other and merge. Sometimes, the supermassive black holes at the center of these galaxies combine to form an even larger black hole. And occasionally black holes from invading galaxies remain distinct, wandering around the outskirts of the merged galaxies.

Thank you to Michael Tremmel of Yale University for reviewing this episode's script.