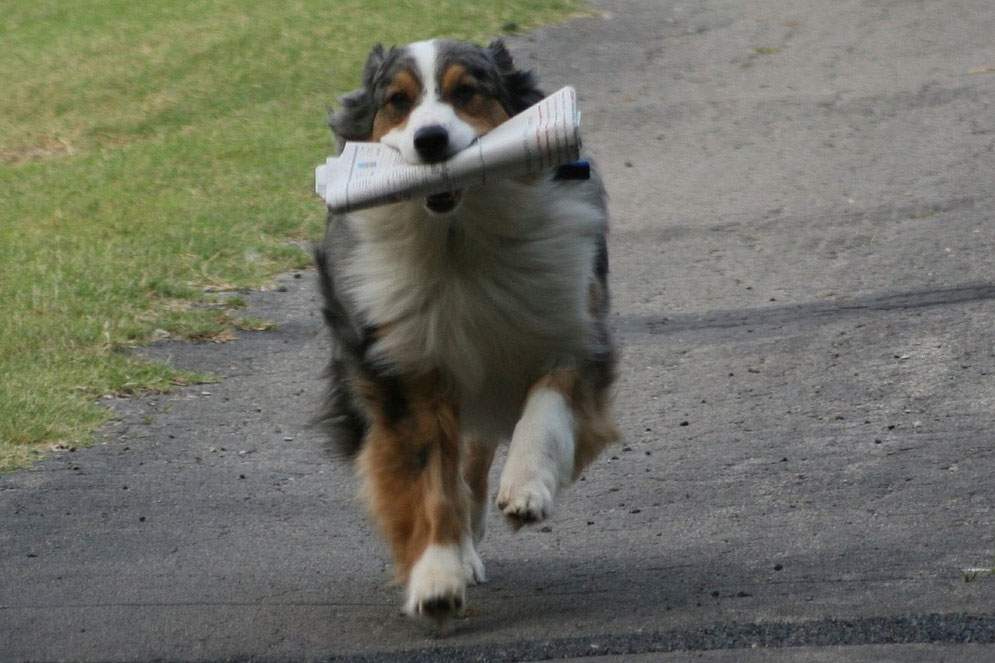 Point at a ball and a dog will look at the ball, whereas a cat will probably look at your hand. Dogs seem to have a ready understanding of how human beings direct attention by pointing, and can follow our gestures almost as if they thought the same way we do.

Of course, dogs probably aren't born knowing anything about people. We just carefully train them to look, fetch, and so on, right?

Or do we? A comparative psychologist at the Max Plank Institute in Germany named Michael Tomasello ran a series of tests on dogs in which they had to find which sealed container had yummy dog food in it. The only hint they got was from a human being who looked at, or pointed at, the right container. This wasn't hard for dogs, at all.

But it was hard for wolves. Wolves that have been raised by people should have had the same success at finding the sealed container, but they didn't. Even chimpanzees, which are very smart animals indeed, weren't as fast at finding the food as dogs.

One interpretation is that dogs do, in fact, have a natural ability to understand forms of human communication. Even nine-week old puppies found the food, suggesting the skill is there before training. Wolves don't have the skill, suggesting that it has developed in dogs since the time they branched off from their evolutionary predecessors.

There is debate about this idea. But Tomasello thinks that in the past 15Â thousand years, as human beings and dogs have evolved together, the basis for fido's ability to understand what you mean may have become encoded in his genes.