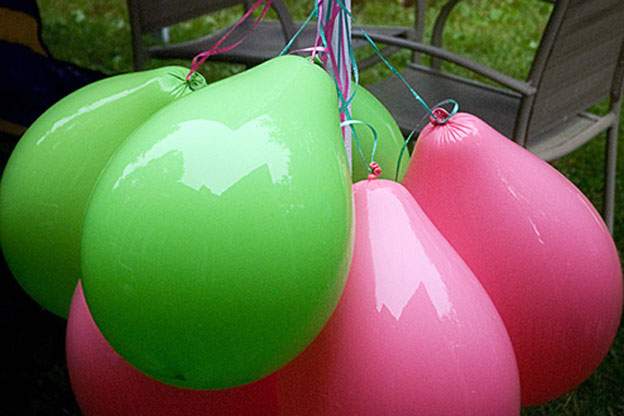 Here's an odd-seeming question. Does air weigh anything?

At first this might seem perplexing. On the one hand, air just seems to float there. I mean, to say something is 'as light as air' is to say its weightless, isn't it? However, a strong wind can pull branches down and send things flying, so air isn't exactly nothing.

Air does, in fact, have weight, and here's a simple way you can prove it. You'll need two identical balloons, a string, and a dowel. Attach the uninflated balloons to either end of the dowel. Attach the string to the center of the dowel and then hang it from something. If the balloons are very nearly identical the dowel should hang evenly, without tipping to either side. You now have a basic scale.

Next, inflate one of the balloons by blowing into it. What happens? The side with the inflated balloon hangs lower than the other side. You have demonstrated that air has weight!

This simple demonstration sometimes confuses people. Why does a balloon filled with air fall, when it is only surrounded by air? Why doesn't it just remain where it is?