The Heat is On For Painted Turtles 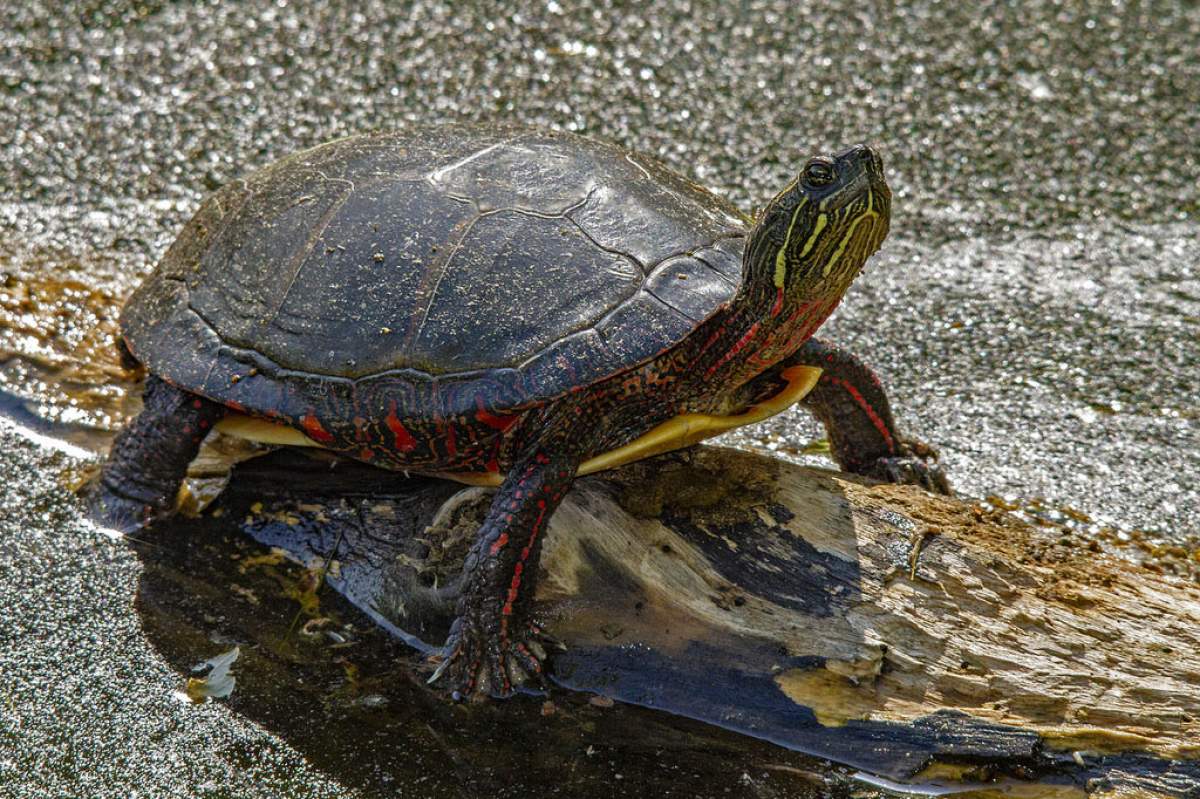 It looks like global warming is bad news for painted turtles. You'd think that turtles would do better in warmer weather, since they're cold-blooded reptiles.

Climate Change And The Sex Of Turtles

But the trouble isn't about keeping their bodies warm. It's about the sex of their offspring.

Painted turtles lay their eggs in nests. Like many reptile species, the sex of their unhatched young is determined by the ambient temperature of their nests. Cooler nests produce more male babies, and warmer nests more females.

So the warmer the climate, the fewer male babies. Mother turtles have some control over the situation. They can shift their nesting dates up to 10 days to balance their offspring's sex ratio. But researchers from Iowa State University found that not even 10 days of wiggle room are enough to offset the effects of climate change.

According to the researchers, a temperature rise of about two degrees Fahrenheit could trigger all‑female nests. Unfortunately, average global temperatures are projected to rise by 7 to 10 degrees in the next 100 years.

Turtles may find ways to dodge an all‑female future, however. They could lay their eggs in cooler soil for a while, but the only sure way to survive is by evolving eggs with less heat sensitivity.

Could they evolve new heat sensitivity in only 100 years?

Scientists don't think so, but some small populations in colder geographic areas might survive long enough. Or human intervention might help. So there is some hope left for painted turtles.