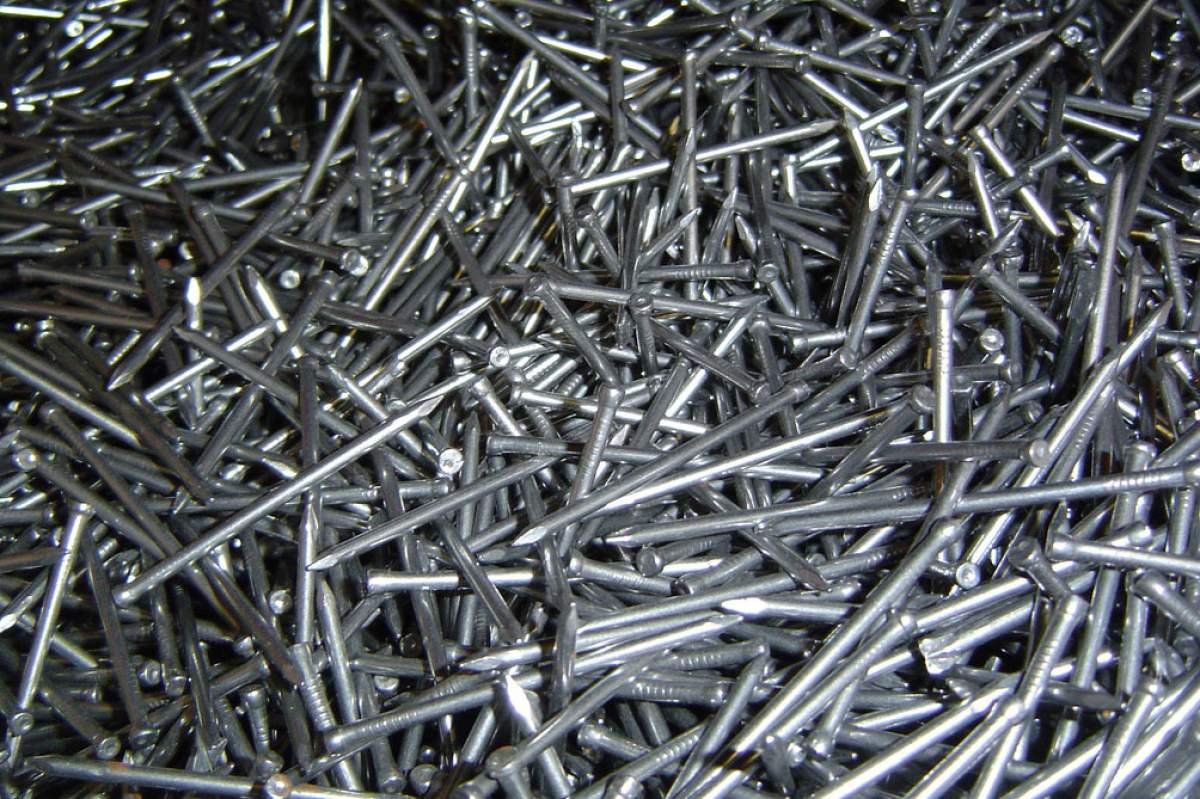 At one time it was believed that heat was a liquid. Sure, that sounds kind of crazy, but if you think for a second, you might see why.

Suppose you have an object that's very hot say a metal spoon that's been sitting in hot coffee. Pick it up and you can feel the heat spreading to your hand. The longer you hold on, the more heat seems to enter your hand. Ouch!

Well, maybe heat is an invisible liquid that pours from the spoon into your hand. After all, that theory fits all the evidence, doesn't it?

But there's a problem. Another simple experiment you can do shows heat can't be a liquid.

Take two nails and scrape them together vigorously. Now touch the place you were scraping. It's hot! Let them cool and try it again. It's hot again! You could do this all day and the nails would never stop growing hot. If heat were a liquid, there would have to be an infinite amount of it even in a tiny nail.

Kinetic Energy Is The Answer!

What's the better answer? Heat is a measure of kinetic energy. Kinetic energy means the amount of motion the molecules in the nail have, or how much they jostle against each other.

The hot spoon heats your hand not because something invisible is being poured in, but because the fast-jostling molecules of the spoon hit the molecules in your hand and start them jostling too.

In the case of the nails, all that's needed to produce more heat is to start jostling those molecules again after they've calmed down. You won't ever run out of heat.