The Heart of Pluto 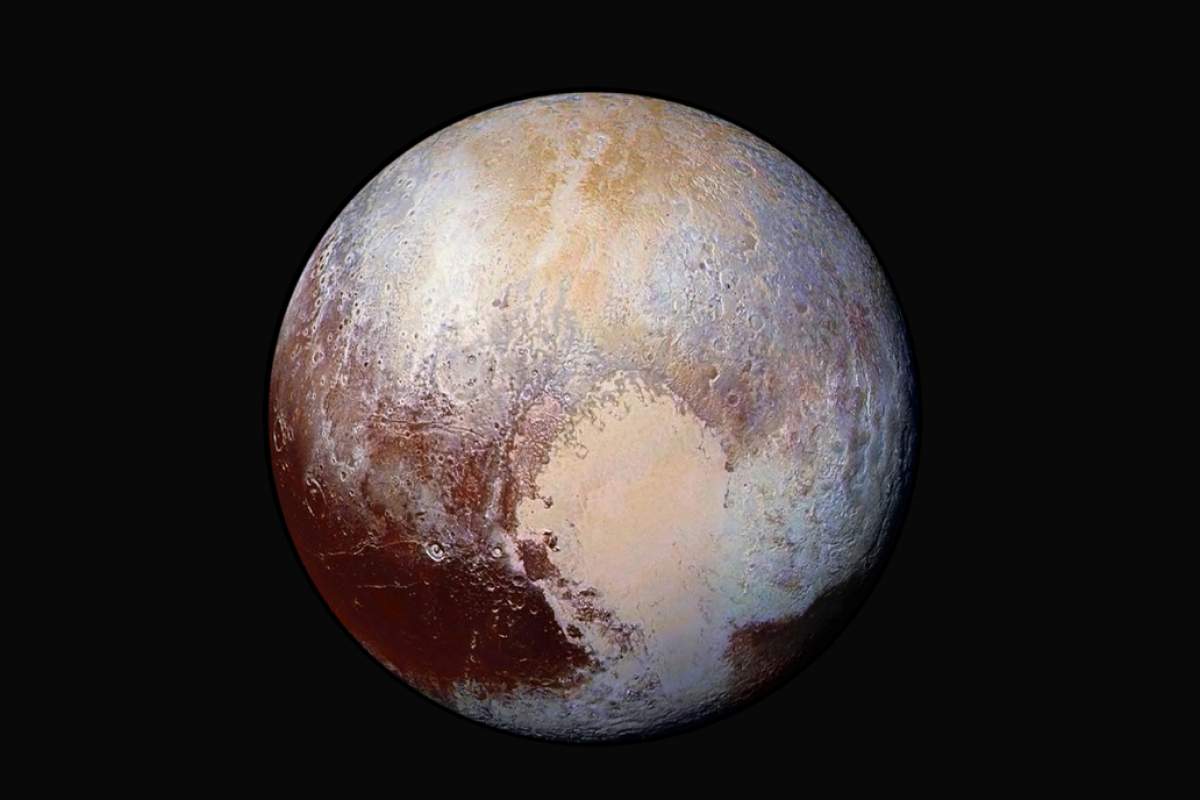 TheÂ New Horizon spacecraft made it to Pluto and it only took nine years to get there!

Pluto is over 4.5Â billion miles from Earth. Even with a speed of 39,000Â miles per hour, it still takes a long time to travel that far. But it was worth the long wait.

Photos taken by the spacecraft capture the heartÂ Pluto.

What looks like a heart-shaped area in Pluto's Sputnik Planum region is really ice. The area measures about a thousand miles across (about theÂ the size of Texas).Â And it's not water ice. It's made up of nitrogen, methane and carbon monoxide. The carbon monoxide is thickest in the whiter areas of the heart.

ThoughÂ gasses on Earth,Â nitrogen, methane and carbon monoxide are solids on Pluto.

Being so very far from the sun, Pluto is a super cold place. The gases remain frozen, but not permanent. High resolution photos suggest that Pluto's ice may have moved recently, like glaciers here on Earth. That means there has been some geological activity, at least within the last 100Â million years. The ice also has dark streaks that are a few miles long. These are aligned in the same direction and may have been produced by winds blowing across the surface.

Pluto also has an atmosphere that extends about 80Â miles above the surface.

So, Pluto isn't just a dead rock like our moon. It appears to be geologically active, like a planet. But that's a discussion for another day.