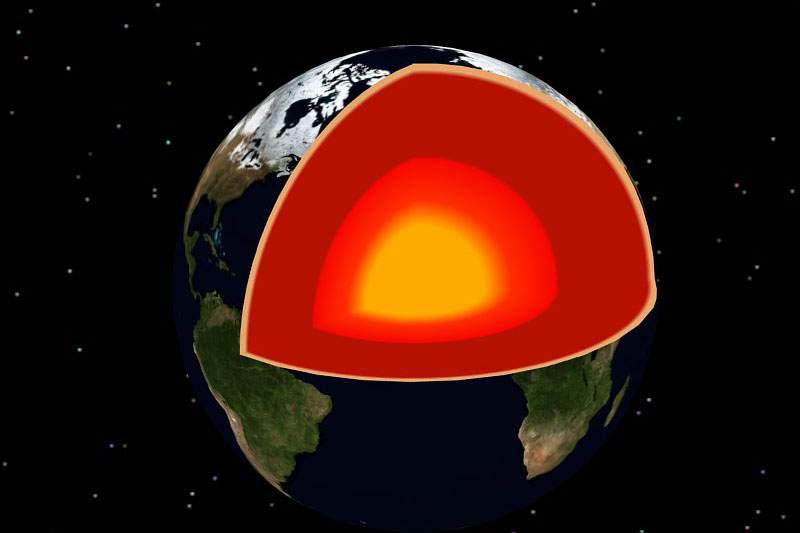 Given how much humanity has learned about the far reaches of space and the viscera of atoms, it may strike you as odd that a big, unsolved mystery could persist right under our feet.

But the fact is, geologists still don't know exactly what Earth's core is made of.Â

Reasons for this lingering ignorance are twofold. First, we'd be burned up and crushed if we tried burrowing 1,800 miles down to observe the core firsthand. The heat and pressure are just too intense: neither our feeble bodies nor our tools could handle it.

(The world's most penetrating mine, South Africa's TauTona, is slightly more than two miles deep. Already at that depth, temperatures hover at a sweltering 130 Â°F!)

Second, the inward gravitational force of something as massive as Earth is staggering; scientists have been hard-pressed to recreate such conditions in the laboratory setting.

As a result of these empirical limitations, much of what we think we know about Earth's internal composition and dynamics has had to be inferred indirectly from seismographic data. It's like auscultation but with an entire planet instead of a single patient. Vibrations can only tell you so much.

Anvils Made Of Diamonds

Recently, however, researchers at Caltech have achieved pressure magnitudes equal to those of Earth's outer core (around 171 gigapascals). And they didn't even have to leave the climate-controlled comfort of the lab.

Scientists hope analysis of iron's properties under extreme duress will aid in our understanding not only of the core's composition but of its formation and behavior.