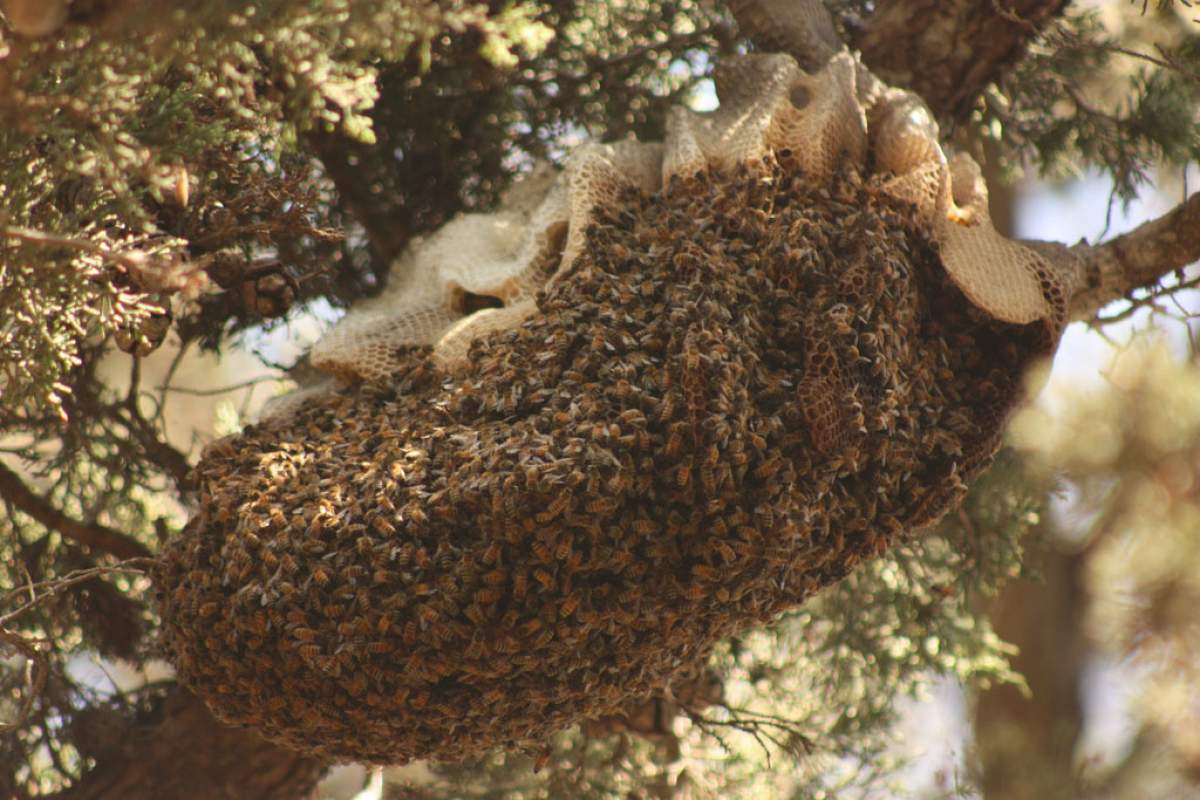 Honeybee colonies have protocols for determining which wandering bees are allowed into a hive. When a bee from one hive drifts and wanders to another hive, it's met by a squad of guard bees that protect the nest from predators. Around fifteen percent of bees in a given hive take on guard duty roles.

When a wandering honeybee shows up, the guards inspect its chemical cues, which depend on genetic factors, and on comb wax from the newcomer's original hive. If the bee's chemical profile matches, or is close enough to the guards' hive, they'll let the newbie inside.

According to one study, something like thirty percent of drifter bees are allowed to enter. The availability of resources inside and outside of a hive influences whether a wandering bee will find a new home. When there's lots of nectar available near the hive and relatively few unfilled combs inside it, guard bees allow in more drifters.

The Right To Refuse Service

But when food is scarce, fewer bees are allowed in. Guards will turn away, and sometimes even kill, newcomers seeking entry. Research at the University of Sussex, in England, has shown wandering bees that are let into a new hive eventually take on the chemical makeup of the hive. In human terms, we might say that the wandering bees assimilate to their new home.