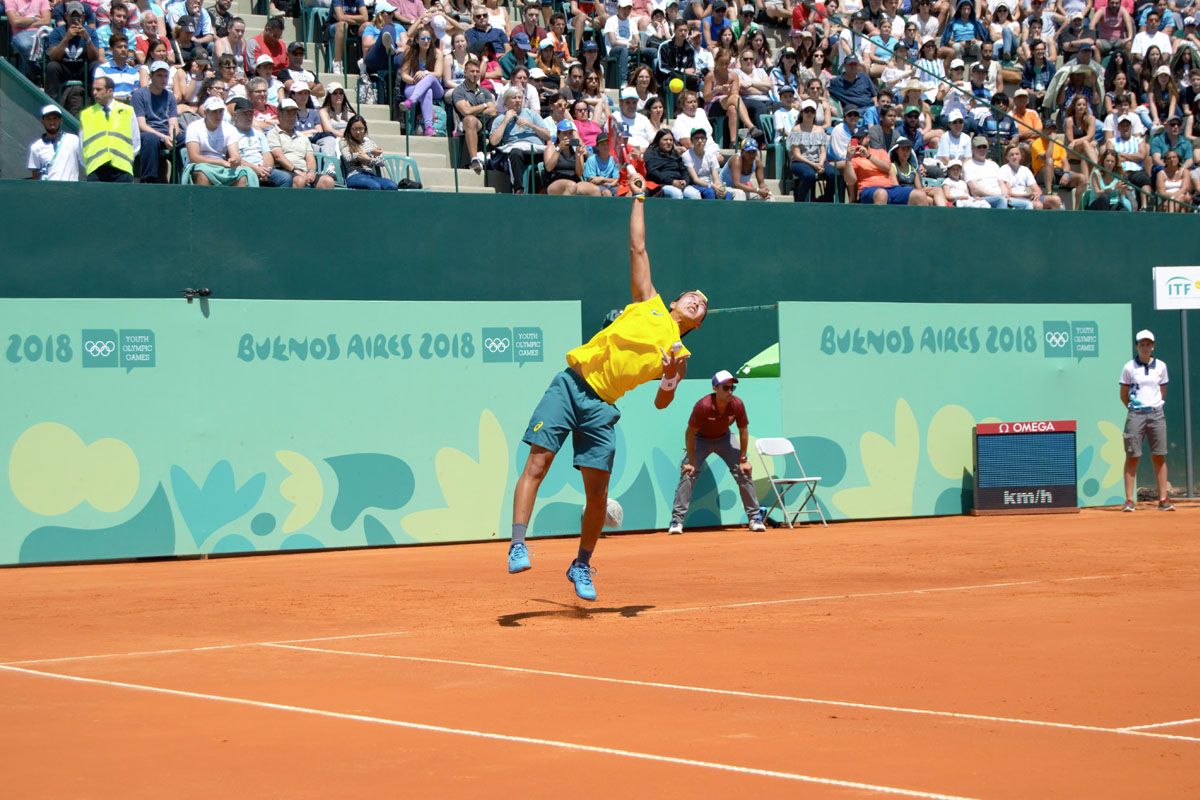 Some tennis players say the grunts players make distract them from hearing the ball hit the racket, which makes it harder to predict where the ball will land. (BugWarp, Wikimedia Commons)

While watching tennis, it's hard to miss the unmistakable grunts the players make when they hit the ball. The sound can get up to 100 decibels, which is basically as loud as a motorbike. There is still controversy in tennis about how grunting affects the game.

Some tennis players say it doesn't bother them, but others say the grunts distract them from hearing the ball hit the racket, which makes it harder to predict where the ball will land. A group of sports psychologists decided to test whether grunting really did have this effect. They conducted a series of experiments in which participants who were experienced tennis players watched a professional tennis match to predict the ball's trajectory and where it would land.