The Oldest Living Animals On Earth 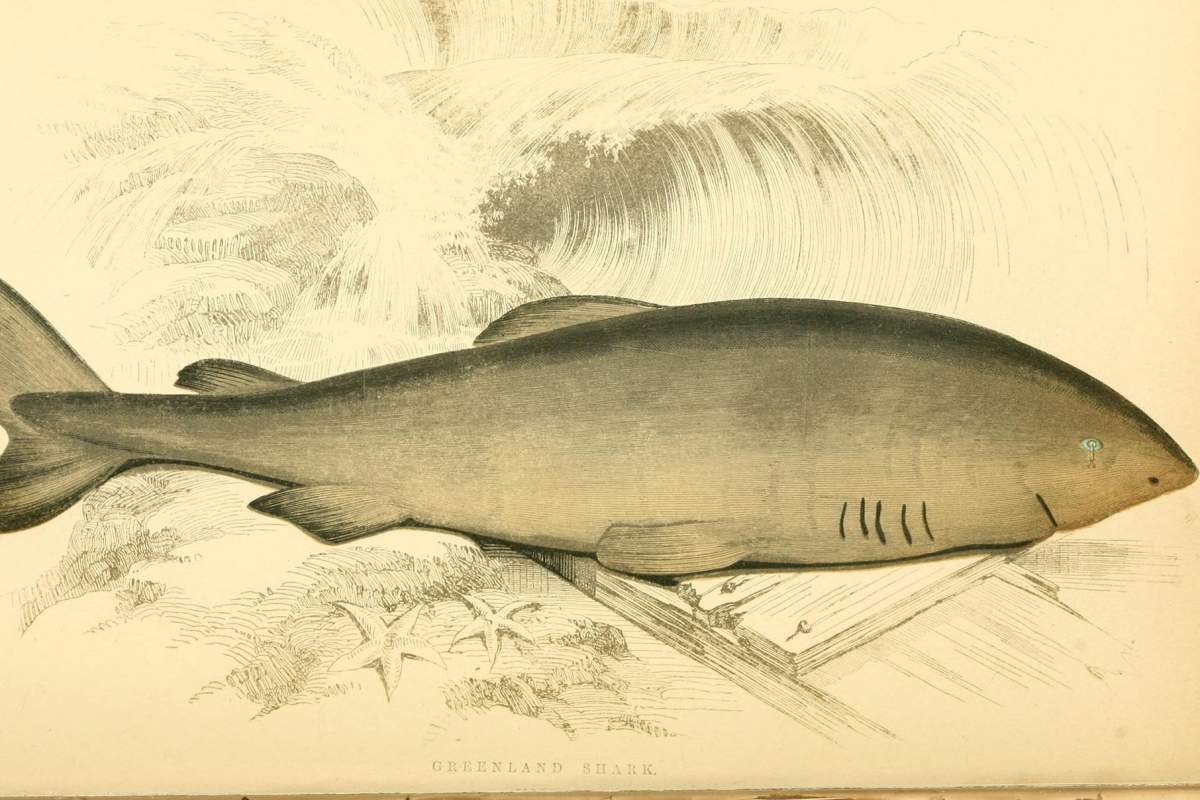 In the dark, abyssal depths of the Northern Atlantic and Arctic Oceans there swims a ponderously slow creature who grows up to 24 feet in length, fronted by a mouth of thousands of teeth, and bioluminescent parasites that dangle from its eyes and lure its prey.

The great swimmer ranges in shades from creamy gray to blackish-brown, often speckled with white spots or brindled with dark streaks. It weighs in at well over a ton and feasts on live halibut or rotting carrion indiscriminately. This is the Greenland shark.

Some sources speculate due to the Greenland Shark's penchant for swimming into freshwater areas that it could be the animal people have mistaken as "the Loch Ness monster."

Beyond this description, much about Greenland sharks remains unknown. It has long been rumored these sharks were long-lived, but until recently we could not know this for certain.

Some sharks can be dated according to the calcified growth rings on their vertebrae and fin spines, but that's not possible for the Greenland shark whose tissues do not calcify like others do. But there is another way. Using a technique developed on human cadavers, scientists can now determine age by carbon-dating the lenses of shark's eyes.

Lenses contain trace elements of the naturally-occurring radioactive isotope carbon-14. Levels of carbon-14 fluctuate over time. By determining the ratio of the isotopes that any sample holds, researchers can estimate the age of the body.

The figure is astounding: one 16-foot female Greenland shark's age was estimated range from 272 to 512. Because we do not know in which part of the ocean this female was born, the figure is inexact. Still, these findings firmly establish the Greenland shark as the oldest living animal on Earth.

Thank you to Peter G. Bushnell of Indiana University South Bend for reviewing this episode's script.

O'Connor, M.R. The Strange and Gruesome Story of the Greenland Shark, the Longest-Living Vertebrate on Earth. The New Yorker. November 25, 2017. Accessed February 7, 2018.