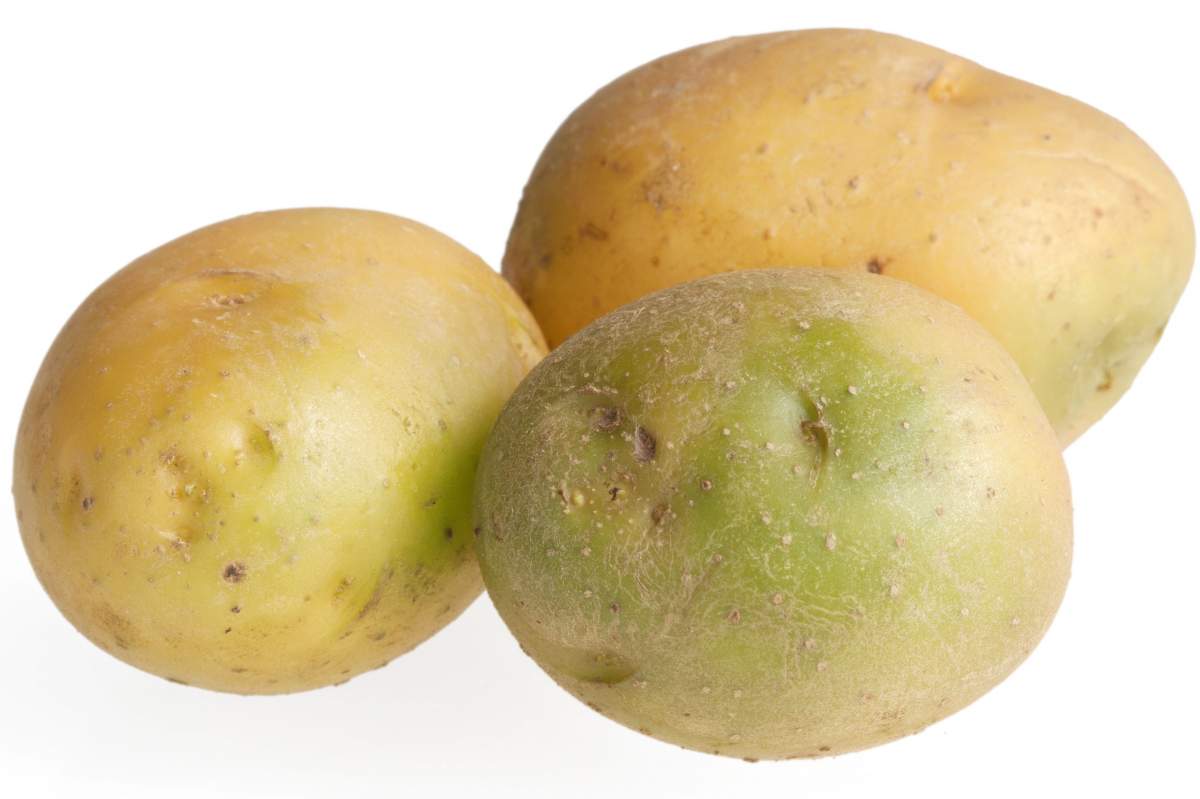 The Skinny on Potato Skins

By now you probably know the most nutritious part of the potato is the skin. Important nutrients such as fiber, calcium, iron and vitamin C are found in the potato peel.

But what you probably don't know is that potato skins also contain poison.

Potatoes are part of the deadly nightshade family, which defend themselves against ravaging bugs by producing a toxic chemical called solanine. As defenses, solanine is only useful to the potato by being concentrated in the peel, where insects try to force an entry.

The good news is that the amount of solanine in a potato skin is harmless to people. Unless, that is, it's been exposed to too much sunlight. Sunlight can cause an increase in solanine levels, which turns the potato skin green.

In this case, the advice to "eat your greens" does not apply. So if you happen upon a green potato, be sure to toss the skin!