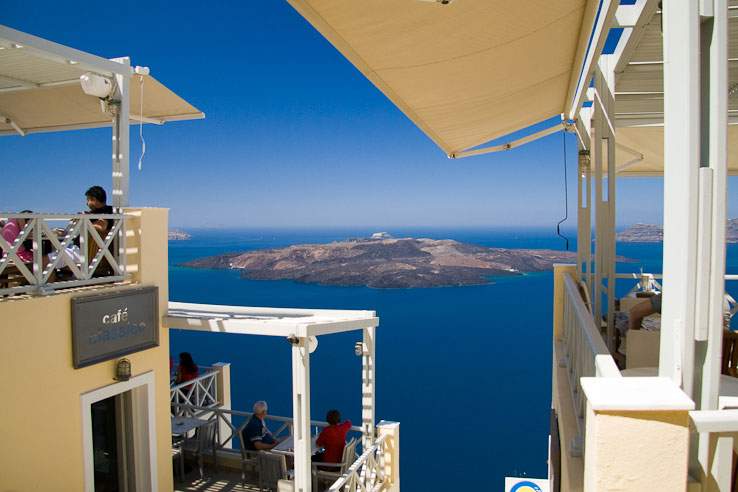 Fira is a typical Greek city overlooking the Aegean Sea. Sitting atop a twelve hundred foot cliff on Santorini Island, it's an ideal vacation spot. But this island wasn't always a paradise. Thirty five hundred years ago, it was the site of one of the largest volcanic eruptions in historic times.

The Santorini volcano blew up with very little warning, causing a massive tsunami that destroyed coastal towns around the Mediterranean. The volcano collapsed to form what looks like a collection of small islands, but the islands are actually part of the rim of its four mile wide sunken caldera.

The volcano's long slumber, followed by such a sudden and massive eruption, was a puzzle to scientists. Why does a volcano sit dormant for thousands of years and then suddenly erupt? Scientists think they have found a clue in layers of crystal rock.

Magnesium is one element present in the volcano's different rock layers. Since it diffuses slowly through crystalline rock, scientists can calculate rock ages by how much magnesium is present.

Scientists found that almost all of the crystal layers on Santorini were deposited just before the eruption. That meant that several cubic miles of hot magna rose from the depths of the volcano very rapidly. The magma melted and mixed with the rocks just below the surface immediately before the massive explosion. The volcano that had been sleeping for thousands of years woke in the blink of an eye.

Researchers don't know what caused such a large volume of magma to rise so quickly, but their findings may give scientists a clue to help predict the next big eruption. GPS measurements show that the rim of Santorini is deforming right now, indicating that more magma may be on the rise.