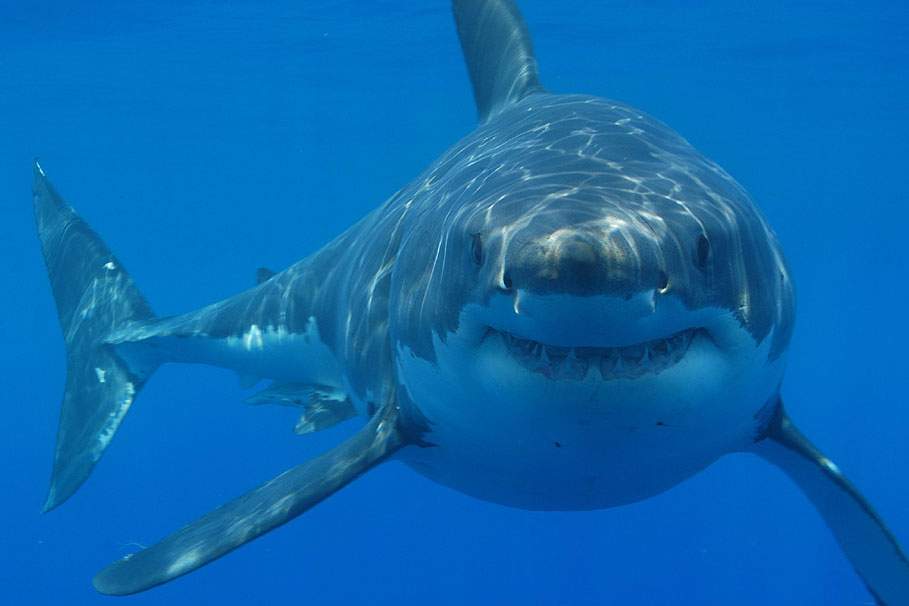 Which species of shark is the meanest? What would your guess be, maybe a great white?

Well, there's really no such thing as a "mean" shark.

Real great whites are found in temperate waters all around the world, although your chances of seeing one are much better in certain places, like the eastern Pacific Ocean, just off the coast of California. They are attracted there because of the seal and sea lion populations, which make up their usual diet.

Great whites are definitely dangerous fish, and can weigh over two tons and grow to 20 feet in length, but it's just not true that they are out to get people. Recent studies have suggested, in fact, that those relatively rare times when people have been bitten by great whites, the animal probably mistook them for sea lions. Over-fishing by humans has done so much damage, in fact, that magnificent creatures like the great white are in serious danger of extinction.