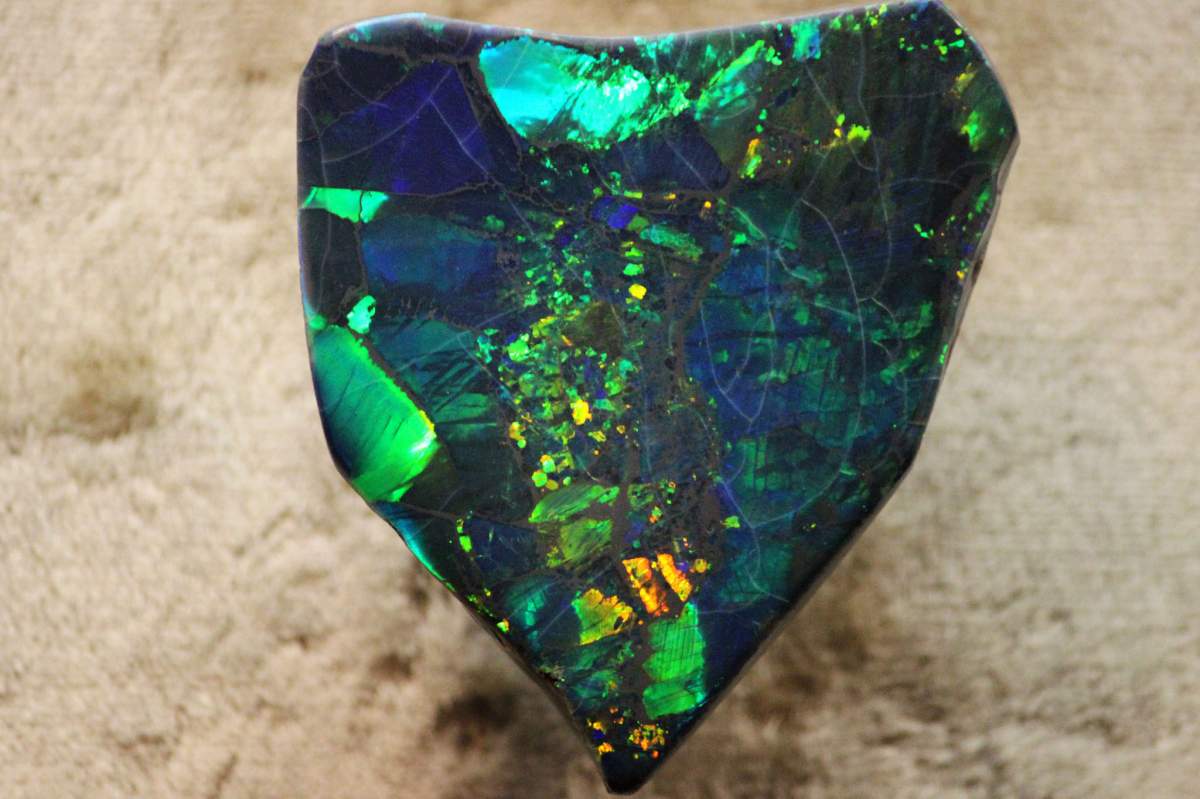 In the state of South Australia, at the southeast corner of the Great Victoria Desert, there lies the small town of Coober Pedy, and itâ€˜s unlike any other outback outpost you might find.

A clue about the peculiar ways of life there resides in the townâ€˜s name itself. "Coober Pedy" is the Anglicization of the aboriginal phrase "Kupa piti" (KOO-puh pity), which translates to mean "white man in a hole."

The townâ€˜s unusual name is no stranger than its history, which includes the excavation of the worldâ€˜s largest deposit of opal gemstone, and the prosperity of a resident community 4,000 strong today--many of whom choose to live underground to escape the intense summer heat. But what about the geological history of this stony settlement?

The area of land that the present-day town and mineral fields lie on consists of a layered bed of sand and siltstone. At ground level, a treeless desert spans where seas flowed 130 million years ago, until the end of the Cretaceous period.

When the seas dried up, acidic weathering of rocks released silica into the environment, leading to the opalization of fossilized bones and shells. Over time, this formed the iridescent, multi-colored opal that people still seek today.

In fact, around seventy percent of the worldâ€˜s opal supply is sourced from the area. Yet, the deposits at Coober Pedy werenâ€˜t found until 1915, and the worldâ€˜s largest opal--weighing in at seventeen thousand carats and eleven inches in length--was found there in 1956.

More recently, the worldâ€˜s first recorded opalized pearl was found there, having formed from the remains of reptiles that swam there when it was still an inland sea.