Honeybees Use Heat To Fight Wasps 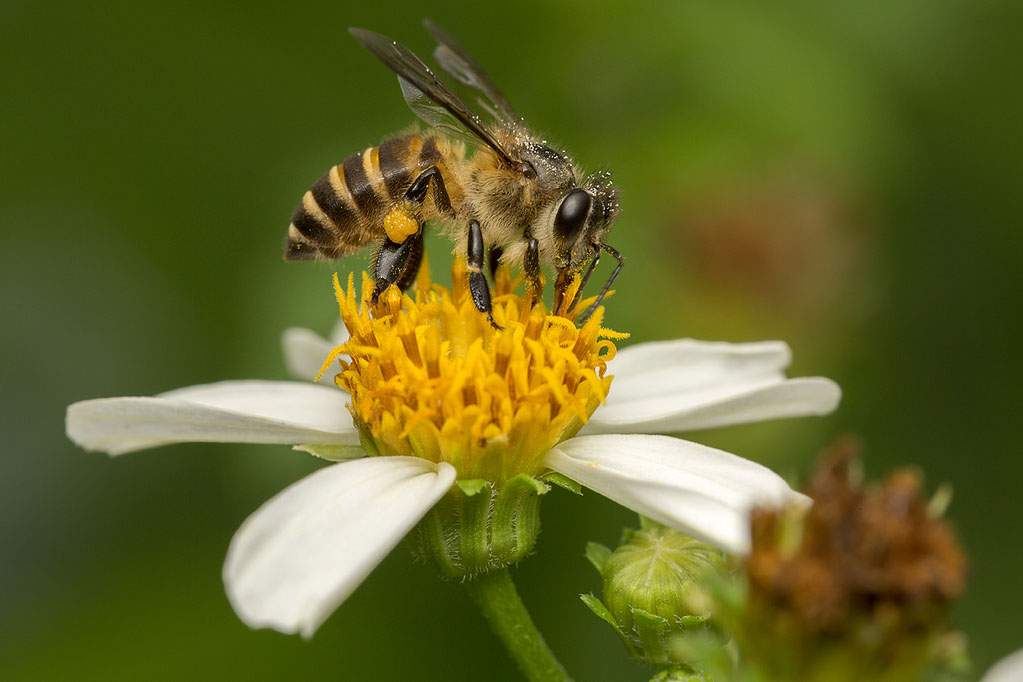 If honeybees in China, Apis cerana, were to become characters in a superhero comic book, they might be called Great Balls of Fire.

What makes this insect different from most comic book superheroes, though, is that a single bee is useless against its enemy, the wasp Vespa velutina, a species that has the largest workers of all social insects.

The wasps are so large that just one worker alone can take out a small colony of honeybees. The wasps feed their young with the larvae of other social insects, whose nests they break into and ransack.

However, if the nest a wasp attacks belongs to one of two species of honeybees known to defend themselves against wasp predators with heat, the wasp may be in for a surprise. Honeybees keep young larvae warm during cool weather by shivering their flight muscles to create heat.

At least two species of honeybees have adapted this ability toward a different end, to cook invading wasps to their deaths. The defense mechanism is called heat balling.

The bees surround an invading wasp, and they generate just enough heat to kill the wasp without cooking themselves to death in the process. Scientists curious as to how the bees manage to take the heat tested the two insects' abilities to withstand heat by placing them in incubators and very slowly turning up the heat.

114 degrees Fahrenheit is the point at which heat becomes fatal for the wasps, while one bee species can withstand temperatures up to 123 degrees Fahrenheit and the other species up to 125. That's a narrow safety zone for the bees, close enough to make you say, goodness gracious, great balls of fire!

CORRECTION: earlier versions of this post had the temperature listed as 140 degree Fahrenheit at the point of which heat becomes fatal for wasps. It's actually 114 degrees Fahrenheit.