Why Is Gravity Good For Us? 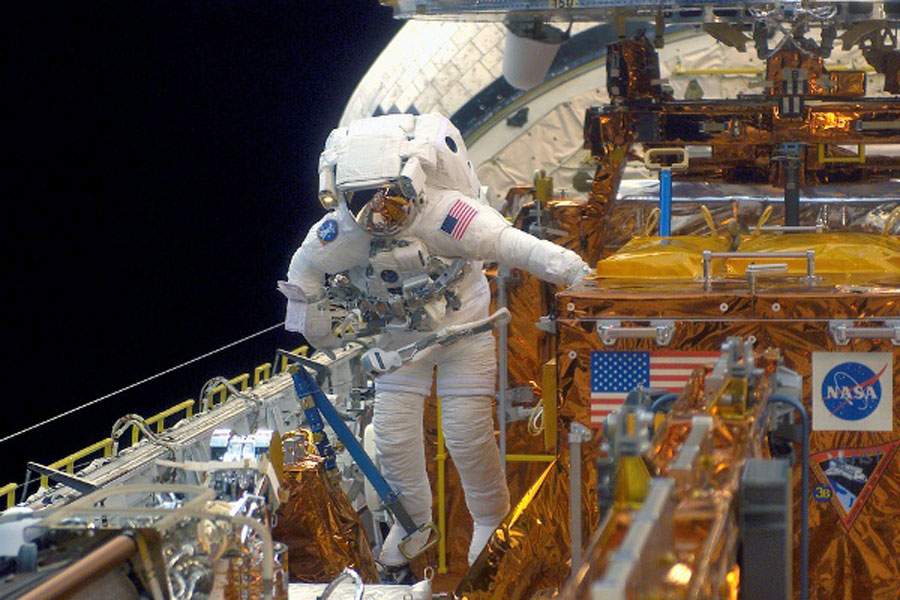 When astronauts return from long missions in space, their exit from the spacecraft is usually hidden from public view. This is because after several months in weightless conditions, things we usually take for granted, such as walking and keeping our balance, present great difficulties for the astronauts.

The culprit is gravity, or the virtual lack of it in space. Gravity is the force with which particles of matter attract each other. The greater its mass, the stronger an object's gravitational force.

That's why we normally stay rooted to the surface of the earth instead of floating off; the earth's mass is much greater than ours.

This gravitational state of affairs might seem rather limiting: wouldn't it be fun to be able to float around like astronauts?

Perhaps, but anyone who spends an extended period of time in space faces serious medical problems due to the near total absence of gravity.

For instance, theÂ small bones and fluid of the inner earÂ that allow us to keep our balance and know which way is up depend on gravity.

In weightlessness, astronauts often initially experience intense dizziness, and are sometimes unable to orient themselves to their hands and feet. What's worse, our bones, ligaments and muscles all maintain strength by working against the weight caused by gravity.

Without weight, bones weaken, ligaments deteriorate, and muscles atrophy. That's why astronauts who have been in space for many months have trouble walking when they return to earth.