You Gotta Have Hearts 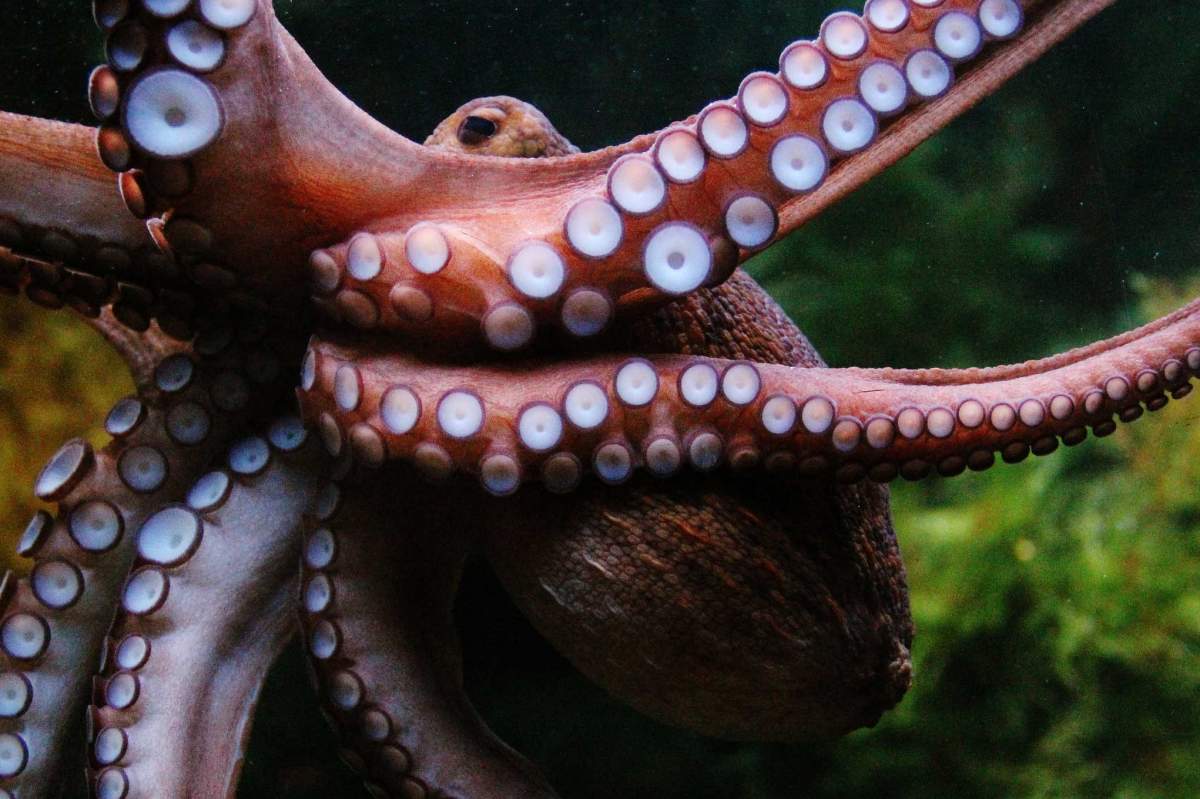 When it comes to weird sea-creatures, octopuses are hard to beat. There's the well-known ink-squirting defense system, the bird-like beak, the eight tentacles with their double rows of suckers. What's less well known is that octopuses have more than one heart. They have three, to be exact, each one crucial to maintaining the robust blood pressure that allows octopuses to be active hunters and powerful swimmers.

Human hearts have two main jobs. One is to pump blood to the lungs, where it dumps carbon dioxide and picks up oxygen. The second is to distribute freshly oxygenated blood to the rest of the body. Making sure enough blood gets to the lungs is so important, in fact, that two of the human heart's four chambers are reserved solely for that task.

Octopus hearts solve the circulation problem a bit differently. They have one main heart, called the systemic heart, and two smaller hearts located near their gills. The two smaller hearts perform the same task as the right side of the human heart. They pump blood to the gills where it dumps waste and loads up on oxygen, then pump the oxygen-rich blood back to the main heart. The main heart then pumps the refreshed blood through the octopus's body.

Besides having three hearts, the octopus circulatory system differs from the human system in one other way. Human blood contains the protein hemoglobin, which helps it absorb oxygen and causes its red color. The blood coursing through the three hearts of the octopus is blue, thanks to a different protein called hemocyanin.

Octopuses are rather shy, so despite their blue blood they are not exactly kings of the sea. But there's no denying that they've got a lot of heart.