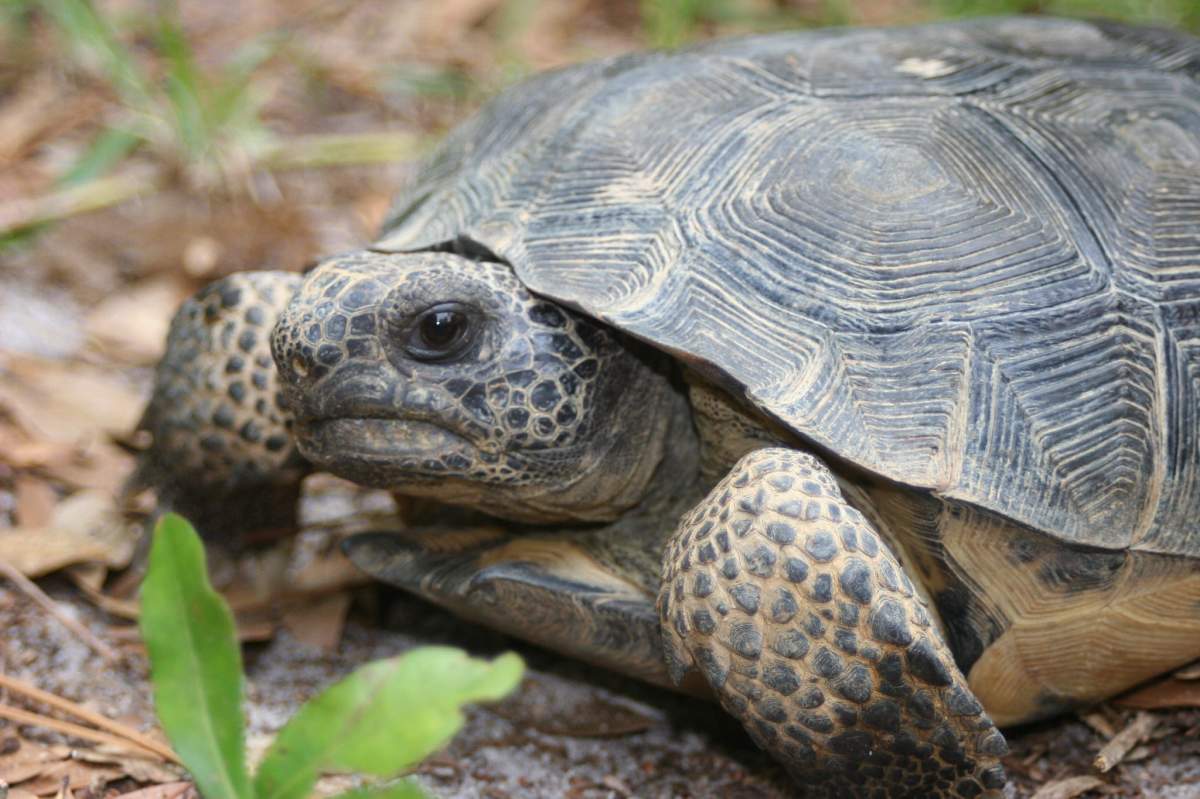 Down in the longleaf pine forests of the Southeastern U.S. lives a reptile known for saving its neighbors' lives. It's the gopher tortoise, and in Florida and nearby states this tortoise digs burrows that act as shelters for over 350 other species.

The gopher tortoise has this colloquial name because they use their shovel-shaped front legs to dig deep below ground, creating burrows that protect themselves and other animals from summer heat, winter cold, and roving predators.

A Shelter From The Flames

And when wildfires break out in these forests, animals living at ground level can find quick refuge in these burrows.

For millennia, periodic fires have maintained the open understory of the longleaf pine forests--that's the area near the ground where tortoises and other animals nest and dwell. Without these fires, the understory would be choked by the encroaching weedy shrubs that block the sunlight and overrun other vegetation.

The gopher tortoise doesn't seem to mind sharing its abode with other animals seeking a hideout. That includes rattlesnakes, eastern indigo snakes, gopher frogs, burrowing owls, and many small invertebrates. After all, the tortoise's hard shell protects it from any danger posed by its guests.

But forest managers in Florida and other states are using managed fires to clear overgrowth, which allows grasses to come back and provides space the gopher tortoises to bask and nest.

Interested in learning about the difference between a turtle, tortoise, and terrapin? Read on.

Thank you to Chris Demers and Steve A. Johnson of the University of Florida for reviewing this episode's script.