What Is A Glacier? 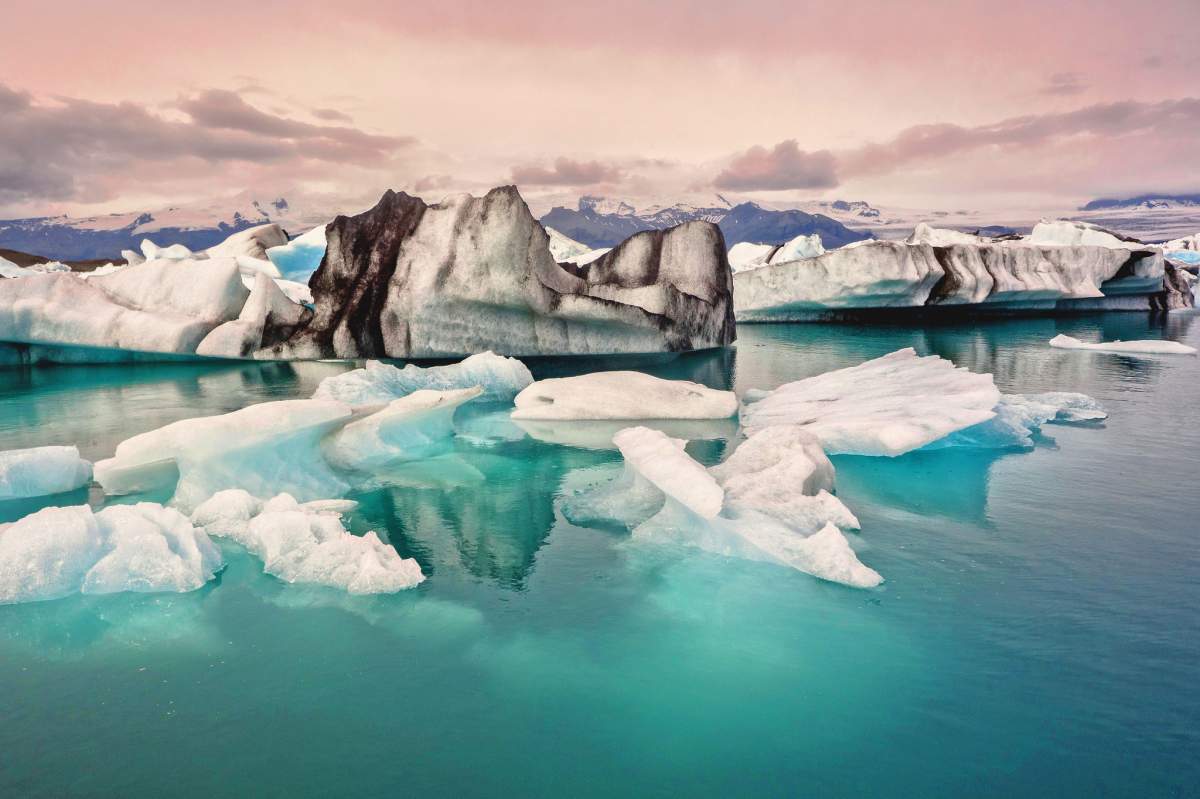 The story of any glacier begins with snowfall. When more snow accumulates on the ground rather than melts, it begins to build up. This built-up snow changes from fluffy powder into ice pellets, and from ice pellets into layers of densely packed ice called "firn." The process is called "firnification."

As the years go on, firnification continues, building layer upon layer of densely packed ice, all fused together. But rather than being stuck in one place, this gigantic mass is on the move.

Hundreds of feet of accumulated ice weigh down with enough pressure to melt the bottom layers, creating a slick surface for gravity to pull the glacier along.

Alpine glaciers, which form on mountainsides, travel down mountains and through valleys â€“ all thanks to the pull of gravity. Though most glaciers move slowly, at the rate of just an inch or two each day, some â€“ called "galloping glaciers" â€“ can move faster than six feet an hour.

When a glacier meets the coastline, itâ€˜s called tidewater glacier. These create cliffs of ice that can be hundreds of feet tall. When the edge of a tidewater glacier breaks off into the ocean â€“ a process called "calving" â€“ it becomes an iceberg.

The advance and retreat of the glaciers are responsible for much of the dramatic landscape we know today â€“ from the Finger Lakes to Yosemite Valley. Scientists say the glaciers have waxed and waned over forty times in the past two and a half million years. Today they cover about one-tenth of the land on Earth.

Want to learn even more about glaciers? You could read this past post about how glacial movements create rock flour (a substance that can make mountain lakes look especially beautiful). Or you could read about Ã–tzi, a man from the Bronze Age, whose body was preserved in a glacier.

Thank you to Brian Yanites of Indiana University for reviewing this episode's script.