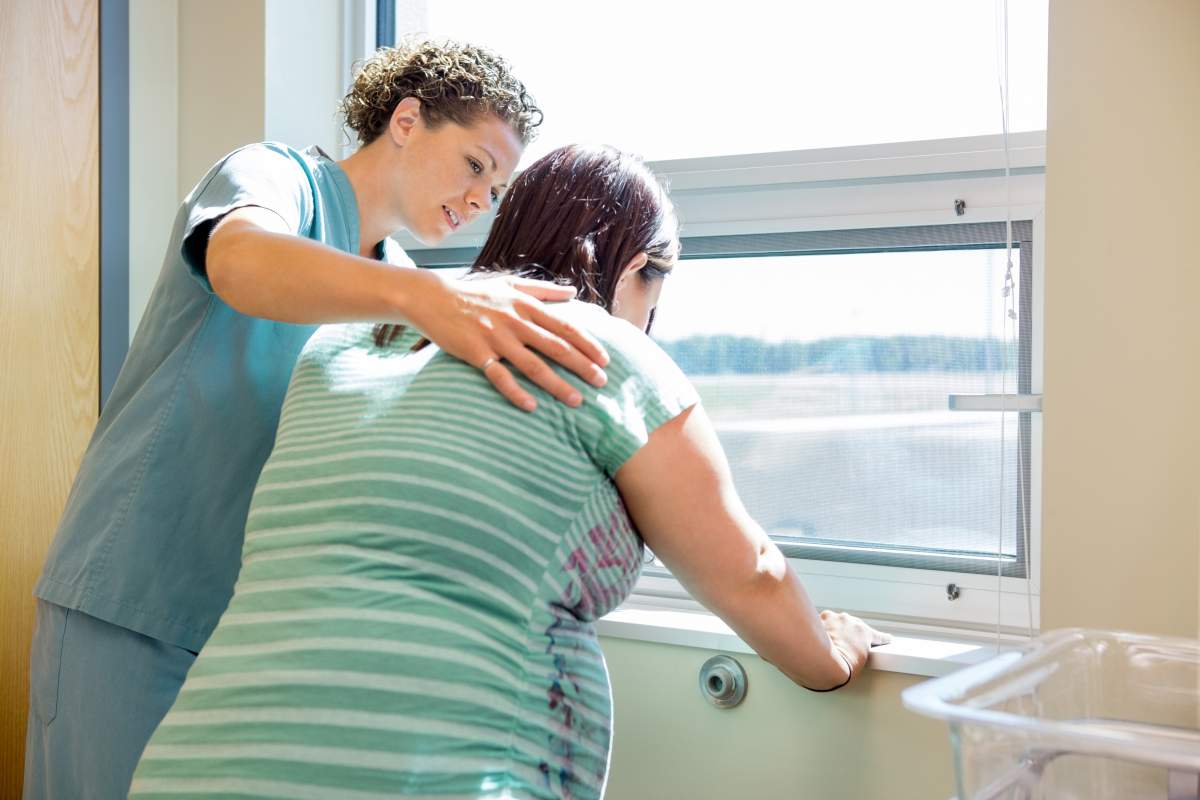 That infant head looks mighty large compared to that narrow birth canal. And to add to that, the baby comes out facing down and backwards, which means mothers can do little to assist the birth, or even to untangle the baby from the umbilical cord.

According to evolutionary anthropologists, babies of the earliest humans had a 50-50 chance of coming out facing backwards. This was a result of humans learning to walk on two feet. As the pelvis became optimized for walking, the birth canal developed twists and turns that meant the baby had to rotate in order to keep the head and shoulders aligned with the widest part at all times.

And then our brains got bigger, which meant more twists and turns and backwards-facing babies.

Some of the earliest humans learned to compensate for the difficulty of giving birth by receiving assistance during childbirth, and that made a huge difference in terms of survival.

Some anthropologists think there might be an evolutionary advantage to having someone help you give birth, and conjecture that human females who gave birth to backwards-facing babies, and females who had assistance because they felt particularly anxious about the birth ended up doing better than females who didn't. After all, if problems arise during labor, having another person around can mean the difference between life and death.