Why Giraffes Have Long Necks 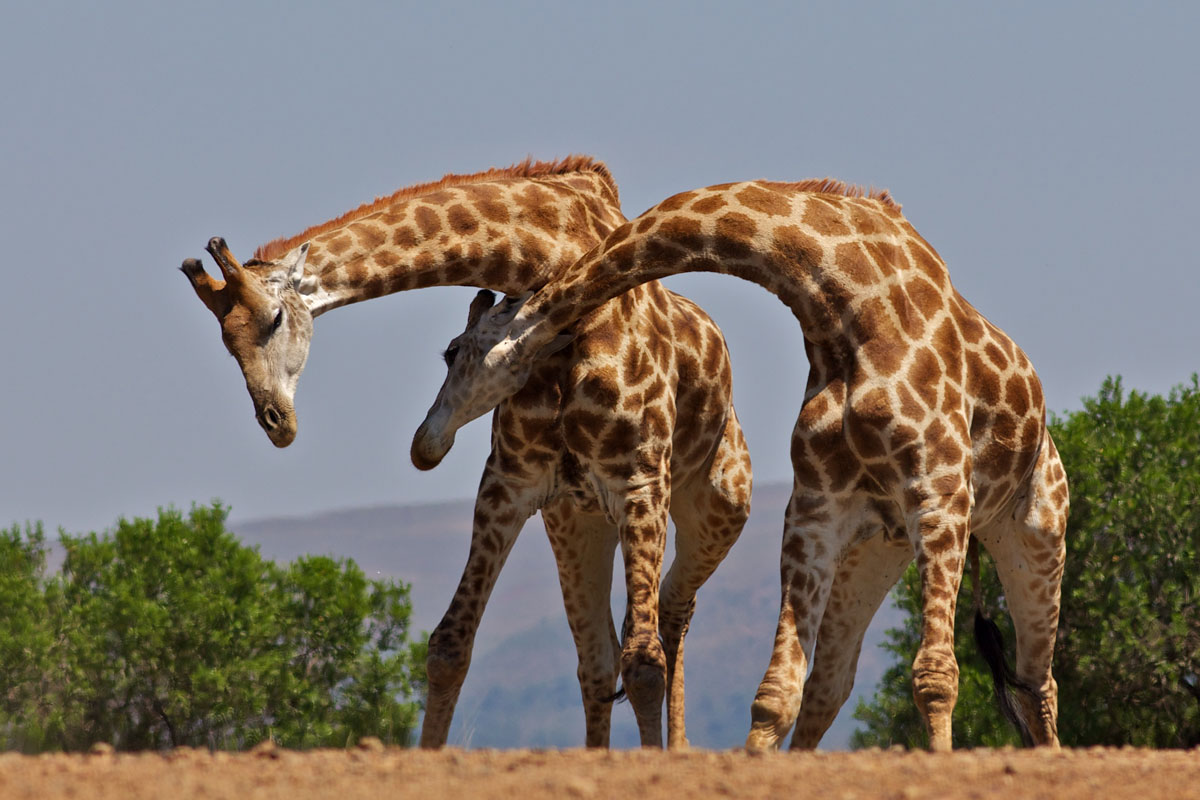 The giraffe is truly an incredible creature. They are usually 14 to 19 feet tall, meaning they could easily look into your second-floor window. Their neck alone is six feet long, weighing about 600 pounds. Surprisingly, however, it only has seven neck vertebrae--just like humans.

All of this has led scientists for years and years to wonder why giraffes have such long necks.

One explanation is that their long necks allow them to reach high tree branches, especially acacias. The leaves up there are too far away for other herbivores. Over millions of years, giraffes evolved their neck to snack on this tasty foliage, without having to compete with other animals for their food source.

While this has been dominant theory for some time, there are other possible explanations. For example, being so tall lets a giraffe watch for predators. Another argument is that long necks help giraffes win fights. When male giraffes fight over a female, they strike each other with their armored heads and strong necks. Typically, the longer-necked male wins, and is then able to pass down his genes to his children.

A team of researchers recently studied giraffes in Zimbabwe and found that their unique body shape helps them regulate their temperature. By being tall and narrow, a giraffe can keep most of its surface area out of direct sunlight, helping it stay cool. As for how giraffes got this way, another study suggests that these long necks developed through mutations of skeletal and cardiovascular genes.

Of course, being so lanky also has its disadvantages. Giraffes must awkwardly widen their stance and bend their heads down to drink out of a water hole, making them vulnerable to predators.