All About The Giant Weta 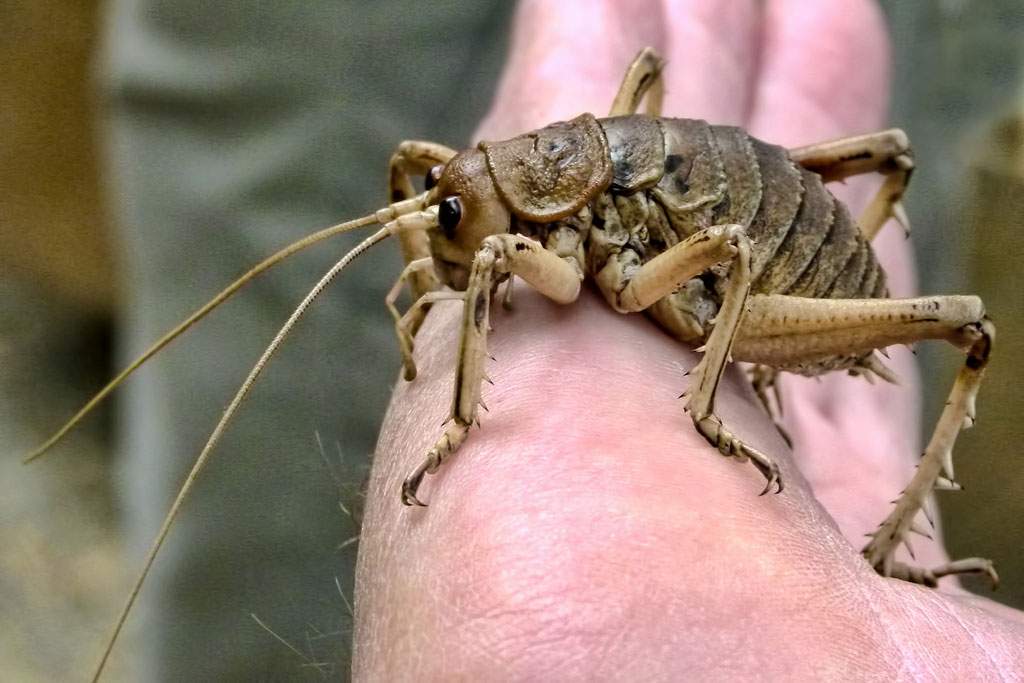 On today's Moment of Science, we're talking about the giant weta, a record holder of the insect world that needs our protection.

The giant weta is a grasshopper like insect that's been around for 190 million years. It hails from New Zealand, where the Maori people named it "the god of the ugly things." Although its name signifies outstanding ugliness, the giant weta made record breaking headlines back in December of 2011 for a rather different reason: its impressive weight.

You see, an American entomologist tracked down a specimen that tipped the scale at 71 grams. That's the heaviest weight ever recorded for a living insect! It's about the same as three average sized house mice, or, to be more precise, twenty-eight freshly minted pennies. In other words, this weta was quite the handful!

Many scientists suspect that heavier specimens of certain beetle species may be out there; however, for the time being the 71 gram weta holds the weight record.

Despite these impressive statisticsor, perhaps I should say, because of themthe giant weta is a very vulnerable species. It's so heavy that it can't jump like smaller weta to quickly escape predators. It typically hides out during the day, and is only active at night.

This safety strategy doesn't always work, though. In fact, after European arrival in New Zealand, non native predators such as cats and rats wiped out most mainland populations of giant weta. Nowadays, they're only found on a few small islands

Scientists and conservationists are working hard to protect the species, so that these insect giants can maintain their important position, both in New Zealand's diverse ecosystem, and in the world record books!