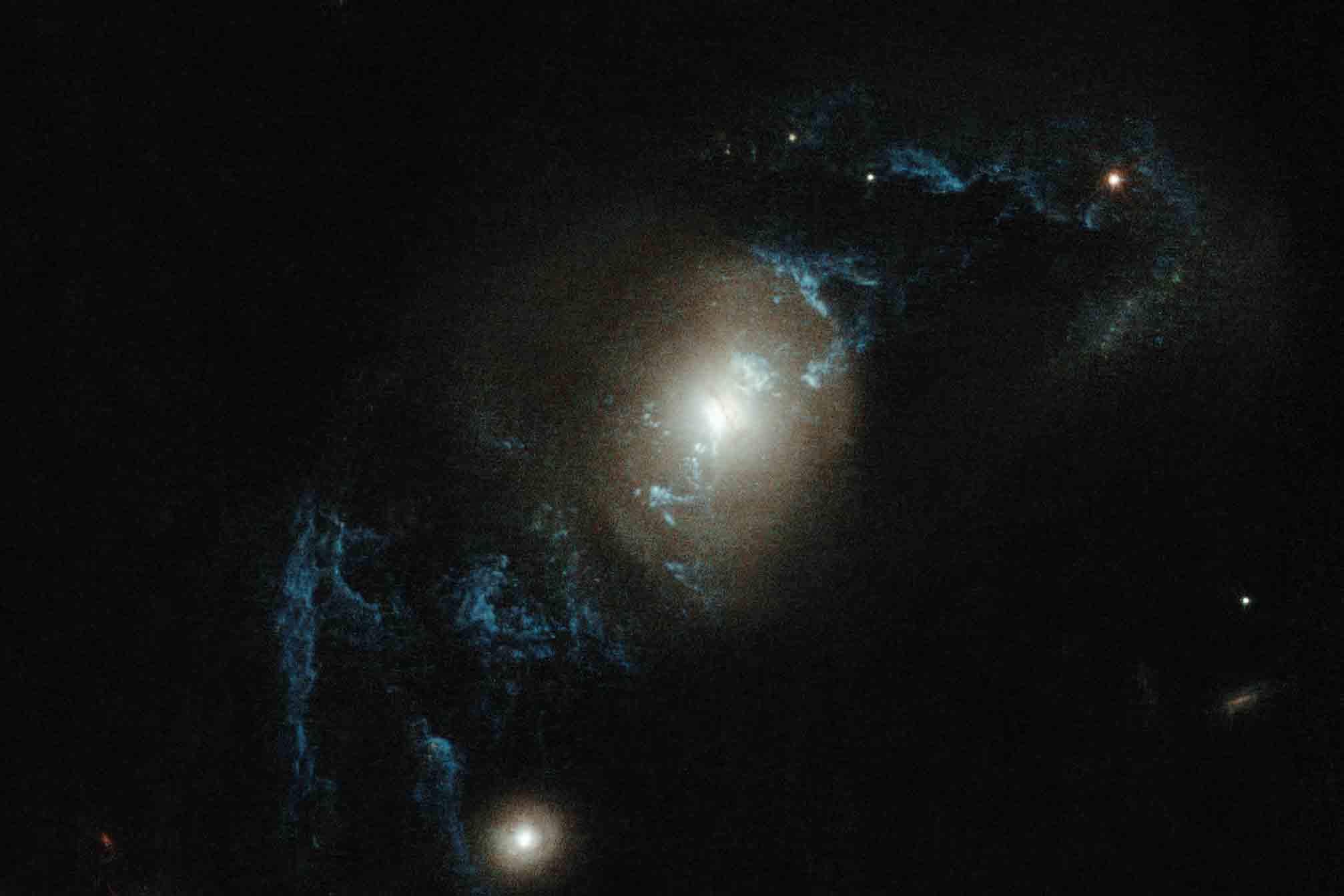 Voorwerps are wispy, looping or helical-shaped gas filaments. They have been found around galaxies that have one thing in common: Each galaxy is home to a quasar. A quasar is created when a black hole swallows matter, and the gas clouds surrounding it heat up with a powerful emission of light.

At first, scientists thought voorwerps might have been produced by gas emitted from around black holes. But the quasars produced by those black holes were not bright enough to explain what scientists were seeing. The glowing filaments suggest that the quasars were once emitting more energy, or they are changing very rapidly, which is not expected.

Trying to solve the puzzle, scientists measured the amount of basic elements in the filaments. Heavy elements were found, but not in amounts predicted. That suggested the gas originated in the outskirts of the galaxies rather than being blasted out from near a central black hole.

Scientists concluded that voorwerps were long tails of gas pulled apart like taffy when two galaxies crashed into each other. Co-orbiting black holes from the two galaxies powered the quasars, causing the invisible filaments to glow through a process called photoionization.

Scientists have developed a mathematical model to demonstrate how the ghost filaments formed. When our Milky Way galaxy merges with the Andromeda galaxy in about four billion years, they could have a Hanny's Voorwerp stretched out from them too.