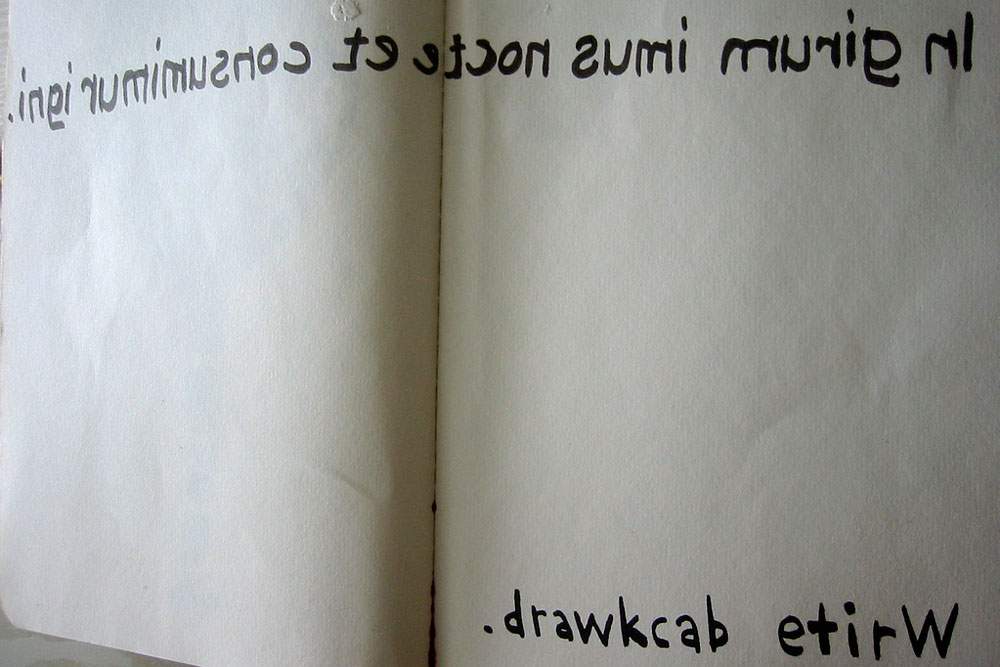 Why are letters reversed in a mirror?

Imagine opening a book and running your finger along a sentence as you read it. Your finger moves from left to right. Now hold the book away from yourself, as if to show it to someone else. If you do the same motion with your finger you will find that your finger is moving right to left. From your perspective, the direction of the very same sentence has been reversed!

Now, when you hold a book up to a mirror, the mirror does not flip the book around, as if it were another person holding the book for you to see. It just faithfully gives back the image of what's in front of it. That's why the sentences appear backwards!

Still uncertain? Let's take a nice, asymmetrical letter like the letter E. Imagine a white sheet of paper with one huge letter E on it. The three arms of the letter are all pointing to the right.

Now, hold it away from yourself. Which way are the arms of the letter pointing? Since you turned the paper around, they are pointing left instead of right. Press the sheet against something so you leave an imprint. Do you see that the E in the imprint will be backwards?

It's the same with a mirror. Hold the E up to a mirror and the leftward pointing arms of the letter E will be faithfully reflected as leftward pointing. This is why we never see ourselves in mirrors the way other people see us. Instead, we see us backwards.