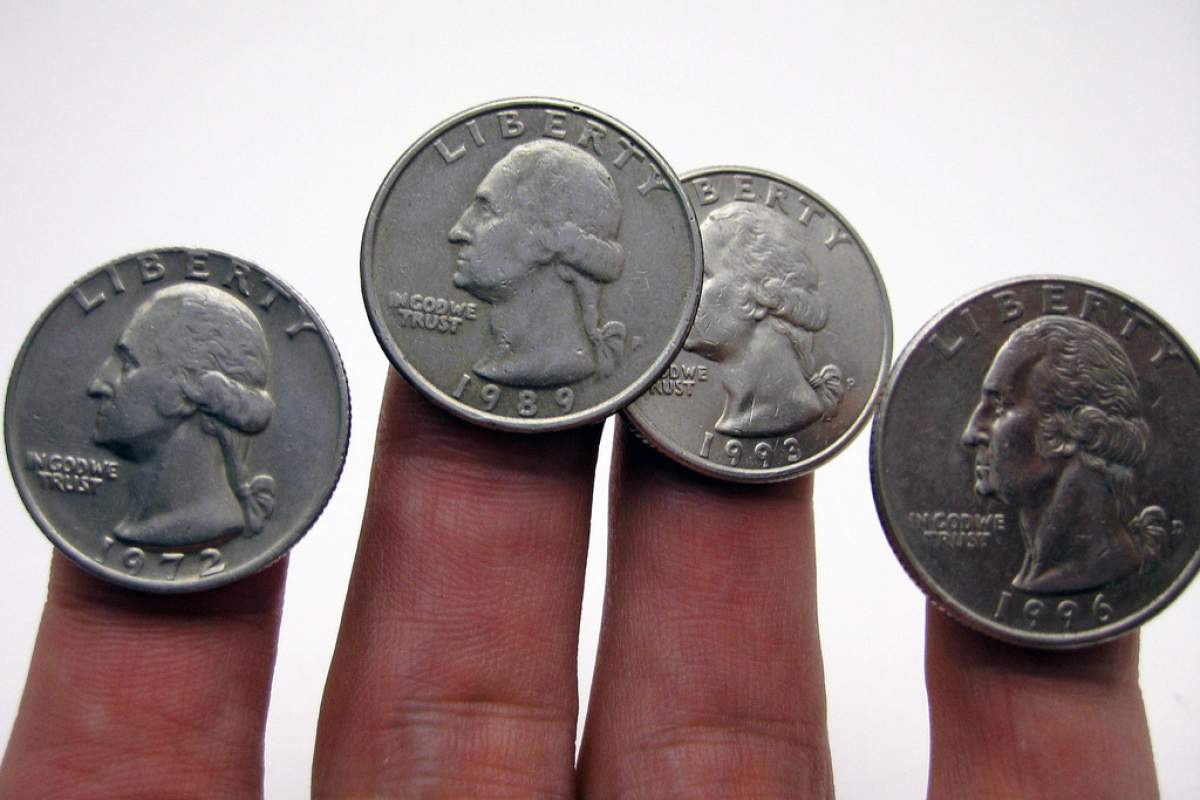 Put a quarter on the table, with George Washington's head right side up. Hold the quarter down with your finger.

Now, put another quarter flat on the table, again with Washington right side up. Place the second coin so that its edge touches the twelve o'clock position on the edge of the first coin.

Consider this question: if you roll the second coin halfway around the edge of the first one, from the twelve o'clock position to the six o'clock position, will George Washington come out right side up or upside down?

You can try to figure it out. As you roll from twelve o'clock to six o'clock, exactly half the circumference of the rolling coin touches the edge of the coin you're holding down. So it seems that the rolling coin would go through half a turn, and Washington would come out upside down.

But you may be surprised to find that George Washington comes out right side up!

How can that be? If you roll a quarter along the edge of a straight ruler for a distance equal to half its circumference, Washington comes out upside down, because the coin has rolled half a turn. But when you roll one quarter halfway around another quarter, Washington goes through a full turn and comes out right side up.

The difference is this: the coin you're holding down with your finger adds another half-turn, because its edge is curved.

George Washington comes out right side up.