A Trip To The Trash Isles 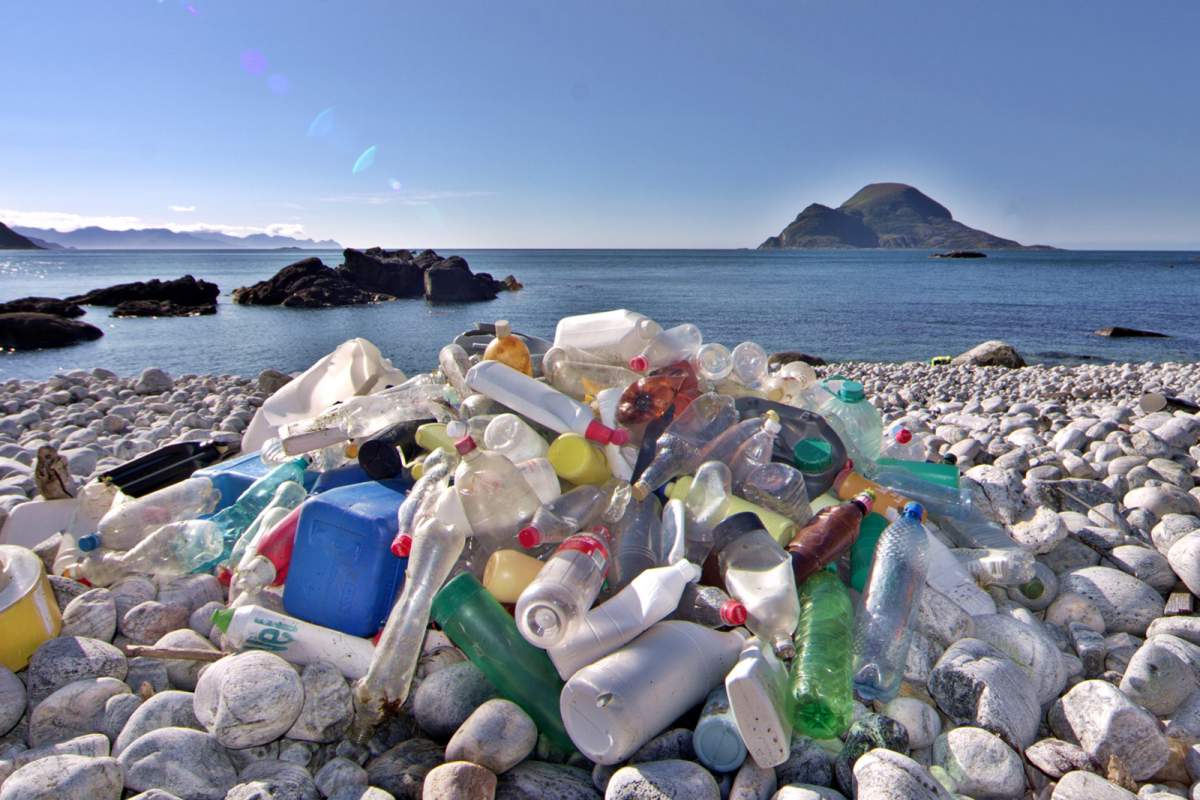 Youâ€˜ve probably heard of the garbage patch found between California and Hawaii that is approximately the size of Texas. Myths swirl around it: the patch is so big it can be seen from space and it looks like an island. The trash is so dense--dumped furniture, barrels, wood--there are people living on it. All the Earth's oceanic trash is converging in that location.

The current definition of microplastics are plastics that are less than five millimeters in length. They form from bigger plastics degrading due to weather effects (Remember, plastic isn't biodegradable and while there are several scientists researching solutions, there is no solid solution at the moment), as well as there are small plastics specifically manufactured to be in human beauty supplies like face exfoliants and even some toothpastes.

They accumulate together because of a mixture of their buoyancy, as well as the oceanâ€˜s conditions. Oceanic gyres form due to the confluence of ocean currents, the earth's rotation, and continental landmasses. The gyres pull in the garbage, and the calm, stable water around them are places that lend themselves to easy accumulation of trash.

And a quick, unhappy side-note: while this blog post is focused on "The Great Pacific Garbage Patch," it's not just a thing that happens in the ocean. There are garbage patches in freshwater systems like the Great Lakes in North America.

You might have also recently seen The Great Pacific Garbage Patch" referred to as "The Trash Isles." A bid to bring international attention to the growing garbage accumulation involved asking the United Nations to declare it a country. Concerned citizens and celebrities have been signing a petition to declare themselves citizens of The Trash Isles.

And the name "Great Pacific Garbage Patch" is memorable, evocative. But the phrase is a little misleading. The Garbage Patch in the Pacific ocean isnâ€˜t just one big cluster of visible garbage, but spread across different areas of the Pacific Ocean. (There are also several garbage patches in the different oceans. One of our recent podcast episodes discusses the pathway of plastics to the Arctic Ocean.)

The garbage is becoming a part of the ecosystem. Several oceanic animals can't help but consume the microplastic. Other animals, including us, then consume those animals. And we are still learning all the different ways that consuming plastic affects our and animal bodies.

What we do know for animals is often the plastic can cause the animals to get sick and harm their organs. Plastic pollution in the oceans is increasingly considered a true peril to oceanic life, and could become an extinction-level threat to already struggling species.

There are some things you can do right away to stop harming the oceans and water sources in general. One is to remember that while you might not be walking to the closest shore and chucking plastic bags and bottles into the sea, your actions do impact the world around you.

The water from your home and yard connects to waterways. And depending on where you are, these waterways can connect to rivers, lakes, and yes, even the oceans.

In most areas, your local water processing plants are set up to clean waste out of water, but not process chemicals. So, things like using pesticides in your garden, pouring old beauty and/or cleaning supplies down the toilet or medicine, can have a genuine impact on the quality of the water.

Another thing you can do is use plastic in your life as little as possible. It might feel small, but even integrating a re-usable water bottle for drinking and canvas bags to use at the grocery store can have an impact. You could plan on participating in The International Coastal Clean Up Day (for those of you reading this in 2018, it takes place on September 15, 2018).

And if you're like, well what's the point? Well, just like not being able to directly see the impact can make it easy to not recycle or use plastic bottles and bags, try to get in the mindset where it's just as easy to do the right thing (recycling, phasing plastic out of your life, cleaning up bottles when you notice them, advocating for recycling) without being able to directly see the positive impact. An estimated eight million tons of plastic goes into the ocean each year. You can stop some of it.

One other way to do this is to take a social media challenge: how much of your online presence can you use to make other people aware of pollution and waste? Documenting your clean-up efforts and finding a way to make others keep considering the small things they can do to help the environment is a small, easy way to advocate for change.

If you want to do even more, you can read (what is actually the site's most popular all-time post) 20 Ways To Conserve & Save The Environment or check out this post by National Geographic or this one over at the Smithsonian's website.