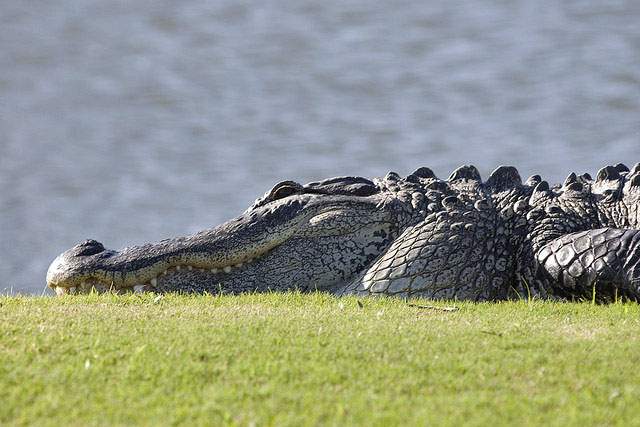 Fun fact about alligators: they can regrow any of their eighty teeth up to fifty times. Which is pretty impressive, especially compared to us relatively dentally challenged humans: when we lose adult teeth, there's no regrowing them.

But that may change. Hoping to save the toothless among us from being fated to wearing dentures, scientists are studying how alligators regrow teeth and how the same process may be able to work in humans.

Using X rays and tissue samples, plus lab grown gator tooth cells and computer models, scientists have learned that for each gator tooth there are two tooth precursors, both of which are triggered to grow when a mature tooth is lost.

The growth process begins when a band of tissue called the dental lamina begins to bulge. This wakes up stem cells and signaling molecules that kick start new tooth growth. And finally a new tooth grows in to replace the one that was lost.

Now, it's difficult to take what nature and evolution have combined to create in one species and somehow make it happen in another. But we humans do have remnants of dental lamina. And scientists are trying to figure out how to manipulate it to enable tooth growth in people similar to how it works in alligators. We could potentially use that same knowledge to turn off the processes in humans that sometimes cause problems like growing too many teeth or oddly shaped and spaced teeth.

The alligator research is still in the early stages, so regrowing human teeth is still a ways away. But before too long, replacing a lost adult tooth may be as simple as growing it back.