How Fruit Flies Learn To Behave 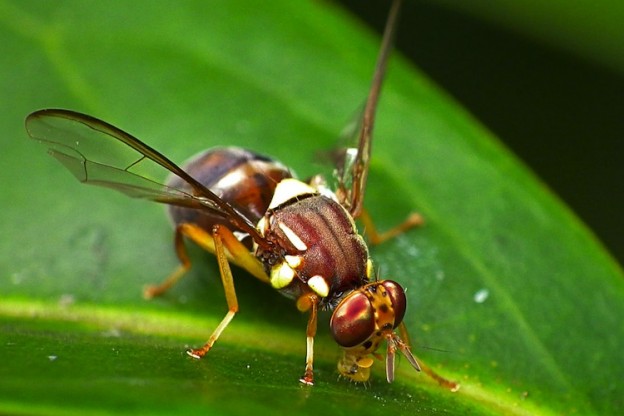 A team of researchers wondered if we could observe the kinds of cultural traditions we've seen in some apes, whales and birds in much smaller animals, like insects.

The researchers set up an experiment in which observer female fruit flies watchedÂ demonstrator female fruit flies choose between artificially colored pink or green males. When the observers later chose mates of their own, over 70% of the time they chose a mate that was the same color picked by the demonstrator they'd watched. That showed that fruit flies transmit mating preferences amongst themselves.

Next, scientists wanted to test whether the fruit flies would pass this preference down to subsequent generations, so they had the fruit flies that had been the observers become the demonstrators in a new trial for a number of rounds.

The mating preferences--picking either a green or a pink mate-- were passed down for eight generations before a generation of fruit flies started selecting mates randomly again. The groups of flies were small, but by using computer simulations, scientists found that when a group of flies was over 30 per generation, the cultural traditions could, in principle, be passed down for thousands of generations.

Future research will hopefully explore the relationship between this kind of social learning and the flies' genetics and neurology.