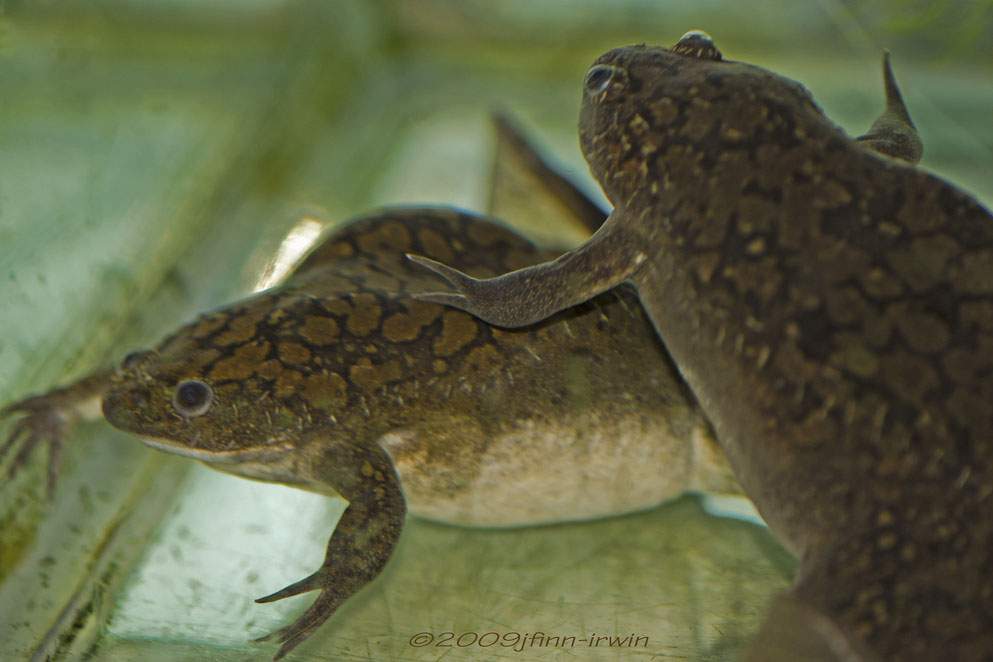 If you look up frogs in a standard biology textbook, one thing you probably won't find information about is kneecaps. Because, until recently, frogs didn't appear to have them.

But they actually might. In fact, frogs may be among the first animals to have evolved kneecaps. around 400 million years ago, when the first fourâ€‘legged animals began to live on land.

Now, to be clear, frog kneecaps, if that's what they actually are, are not like hard, bony human kneecaps. Frog kneecaps are more like dense, spongy pieces of cartilage.

Which makes sense for a creature that jumps to get around. If you've ever tried to jump, and most readers likely have, you know that leaping and landing put a lot of stress on the knee. Jump too hard and too often, and your knees will start to ache.

Unless, that is, you're a frog and have elastic, rubberâ€‘like kneecaps that evolved to absorb the stress of constant jumping.

Anyhow, the point is that the first kneecaps may have first evolved as elastic cartilage, but in different species, then became harder and bonier as animals evolved that walked to get around rather than jumped.

Now, it's not clear that all frogs have these spongy kneecaps. The researchers who found them, at the Institute of Neotropical Biodiversity in Argentina, looked at only twenty species of frogs. And only eight of those had something like kneecaps.

Also, the kneecaps could turn out to be structures called patelloids, which exist in some animals alongside proper kneecaps. Still, it's evidence that frog knees may be more complex than originally thought.

Thank you to Virginia Abdala, Institute of Neotropical Biodiversity, Argentina for reviewing this episode's script.